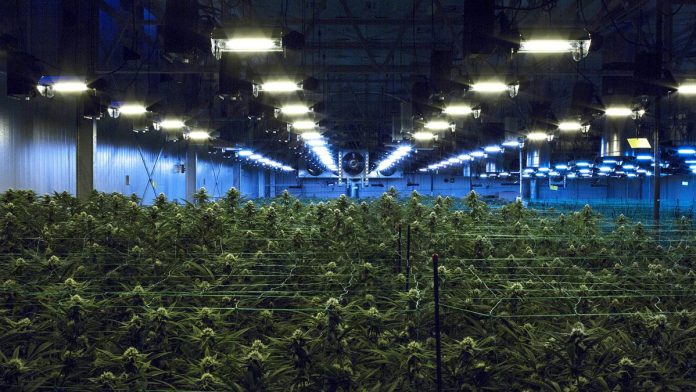 ‘A tipping point’: Psychedelics, cannabis win big across the country on election night. “People are realizing it’s not just about getting high,” said Avis Bulbulyan, CEO of SIVA Enterprises. “This is a tipping point for drug policy absent any federal reform.”

As the nation awaits a final result from the presidential election, a clear winner emerged Tuesday: drugs.

Measures to legalize cannabis and decriminalize other drugs won major victories this week as five states — Arizona, New Jersey, South Dakota, Montana and Mississippi — legalized some form of marijuana use and Oregon became the first state to make possession of small amounts of harder drugs, including cocaine, heroin and methamphetamine, violations not punishable by jail time.

Voters in Oregon and Washington, D.C., also approved measures to allow for the therapeutic use of psychedelic mushrooms, which are already being prescribed to help some terminally ill patients in Canada cope with pain and end-of-life anxiety.

“People are realizing it’s not just about getting high,” said Avis Bulbulyan, CEO of SIVA Enterprises, a cannabis business development and solutions firm based in Glendale, California, near Los Angeles. “This is a tipping point for drug policy absent any federal reform.”

On Tuesday, South Dakota became the first state whose voters approved both recreational and medical cannabis in the same election. Medicinal marijuana also was made legal in Mississippi. Meanwhile, New Jersey, Montana and Arizona all legalized recreational cannabis.

“Despite this public consensus, elected officials have far too often remained unresponsive to the legalization issue,” Erik Altieri, executive director of the National Organization for the Reform of Marijuana Laws, or NORML, said in a statement.

NORML has lobbied for the end of marijuana prohibitions since it was founded in 1970.

“These results once again illustrate that support for legalization extends across geographic and demographic lines,” Altieri said. “The success of these initiatives proves definitively that marijuana legalization is not exclusively a ‘blue’ state issue, but an issue that is supported by a majority of all Americans — regardless of party politics.”