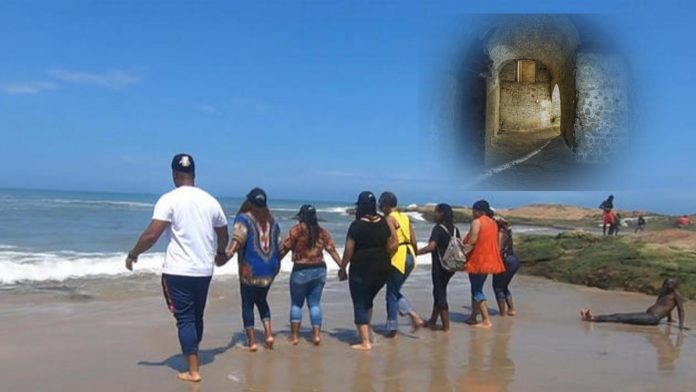 In 2019, Ghana’s president invited African descendants in the diaspora to mark the “Year of Return,” commemorating 400 years since the first Africans arrived in the colony now known as Virginia on a slave ship. The invite prompted record tourism to Ghana, and an increase in Americans who applied for visas to stay.

But it was the events in the United States in 2020, and the Black Lives Matter movement, that drove a real surge in people looking to move out of America and into Africa.

The Elmina Castle on Ghana’s Atlantic coast is more than 5,000 miles from American shores, but the five-century old structure occupies a particularly dark place in U.S. history. Hundreds of years ago, it was a central trading hub where African people from around the continent were sold into slavery.

As the U.S. continues to confront its racist past, Ghana is turning that history upside down, and welcoming Black Americans back home.

Sonjiah Davis was the epitome of Washington cool. She was a well-connected, successful therapist trained to deal with emotional health. And yet, living in the capital of the United States, she says she was constantly looking over her shoulder.

“I was living what people would consider the American dream,” she told Patta. “I was educated, professional. I had friends. I was a socialite… but I never felt safe.”

Davis believes trauma is embedded in her DNA, from the transatlantic slave trade to the Tulsa race massacre in 1921 that saw some of her family displaced from their homes.

The trauma of racism, she said, was “beginning to take an emotional and psychological toll.”

“I didn’t even realize how traumatized I was, especially in regards to police,” she told CBS News. “My immediate thought all the time was, ‘Oh, my gosh, you know, what if a police officer pulls me over? Am I going to be physically safe? Am I going to come out of it alive?'”

Then George Floyd’s murder at the hands of a police officer in Minnesota sparked a global cry of outrage, demanding that all Black lives matter.

For Davis, it was a breaking point.

“I was barely holding on. I could feel myself nearing a nervous breakdown,” she said. “That’s why I made the decision that I had to get out of there.”

She had already visited Ghana in 2019, during the government’s Year of Return campaign. The publicity attracted a record number of tourists, and its aim was to convert visitors into residents.

Erieka Bennet, Head of the African Diaspora Forum, said that after George Floyd was killed, the organization was inundated with inquiries.

“It was just overloaded. Every day, at least — and this is no exaggeration — at least 300 people a day, saying, ‘How can we relocate to Ghana?’ It did spur a sense of people wanting to get out of America,” she said.

About 5,000 African Americans have made the trip back to Ghana and stayed.

“Home is not a place. It’s how you feel where you are,” said Bennet. “The feeling of belonging, the feeling of welcome and a sense of freedom.”

Just over a year ago, Davis traded her home in Washington D.C. for that sense of freedom.

Her therapy practice is now all online, and while she misses the convenience of modern American life, she’s no longer looking over her shoulder.

“I feel loved, I feel supported. I feel regarded. I feel like I matter,” she said. “I don’t feel like I am looked at for the color of my skin. I’m just a person here. I’m just another person.”

As for building a personal connection to Ghana, Davis said she’s been “trying to muster up the ability to go back to the slave castle.” 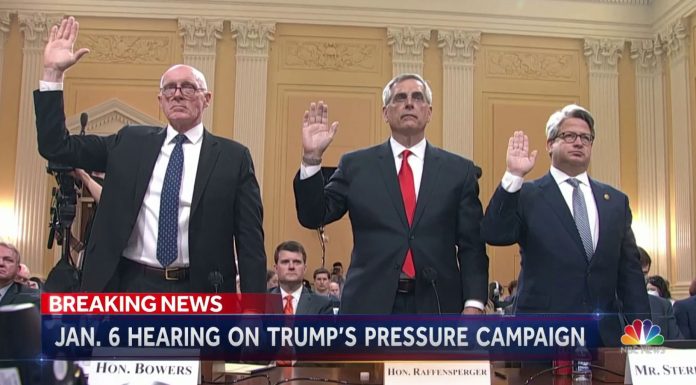