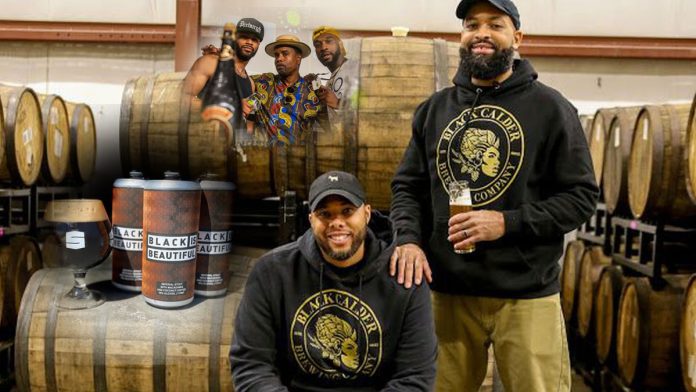 Black folks are charting new paths in the beer brewing industry of Detroit and beyond.

Move over Motor City frat boys, the beer game is introducing new players, and they’re coming to dominate the board. Four years ago, Tracy Evans filed a racial discrimination lawsuit against Founders Brewing Company, Michigan’s largest craft brewery. At the time of the initial case filing, the aftermath proved to be a greater struggle than the discrimination Evans faced on the job. But the backlash against the brewery, which has locations in both Detroit and Grand Rapids, prompted a national conversation around the racism within the industry.

While there has yet to be a Black owned brewery established in the city, there is one slated to open by the end of this year by owner Brian Jones-Chance. As an Ypsilanti native, Jones-Chance actually got into the business by accident as a Western Michigan University college student. He was initially set on making soda, but when he realized that beer would be a more affordable investment, he switched gears.

“​​I don’t think people realize how versatile beer [can] be,” he told Eater. “You can flavor it, you can do all kinds of things, you can make little minor changes to ingredients that make it taste like something totally different.”

“A lot of the marketing and a lot of the focus has really been on the white male in their mid 30s,” he continued. The reach is still pretty small. There’s a lot of room to grow.”

And boy is it growing. Alongside his business partners, Alex Merz and Patrick Echlin, Jones-Chance launched the 734 Brewing Company. But the businessman and entrepreneur doesn’t want it to end there. He’s looking to diversify the industry at every level. Not only does he want to see more Black folks in the beer brewing world, he’s looking to see more Black women specifically.

The Nain Rouge Brewing School being chartered by Jon Carlson, and headed by Eastern Michigan University professors Cory Emal and Gregg Wilmes is soon to open its doors to everyone looking to get into the beer biz, including Carlson’s own daughter.

“My end goal here is not to just have the training facility. My end goal is to find somebody from Detroit to be that next great brewer. Somebody that hopefully I get the opportunity to meet and then work with. That has to be the ultimate goal in this and I hope I get to be a part of something like that,” he tells Eater.

Perhaps one of the most well known women in the game is Barb Baker, or Siren of Stout, as her thousands of social media followers refer to her as.

As the president of Fermenta, a non profit that helps women level the playing field in the fermentation, beverage, and food industries, Baker is hoping to invite more Black women into the space with education and encouragement.