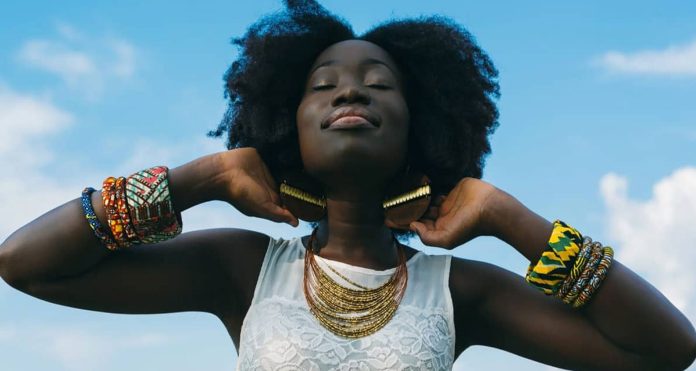 From Twitter to YouTube, many celebrities and influencers have been called out for being colorist, which is nearly synonymous with being racist in the Black community. Some call-outs occur from real-time actions and statements, while others happen due to uncovered past tweets or uploaded videos.

The issue of colorism is certainly not exclusive to the Black community and goes beyond simply social media. It affects us in every sector of our daily lives, nearly in the same fashion as racism.

What Is Colorism and How Did We Get Here?

Colorism has been a popular topic on social media starting in the mid to late 2010s. Merriam-Webster defines it as “prejudice or discrimination [,], especially within a racial or ethnic group favoring people with lighter skin over those with darker skin.”

The “house” slaves had more privileges than their dark-skinned counterparts and didn’t have to toil in the fields. They were seen as more desirable and intelligent. They could “pass” for white and were often allowed to get an education. Because of these qualities, many of them, mostly women, were sold at higher prices than their dark-skinned peers.

On the contrary, dark-skinned enslaved people were forced to work in brutal field conditions doing hard labor from dawn to dusk each day and enduring horrific, even lethal, weather conditions. They also suffered more severe punishments from their slave owners. However, this did not mean that the house slaves were free from punishments, as they were often under increased surveillance due to their proximity to their owners and family.

After slavery formally ended, the white supremacist hierarchy and ideology of light skin being favored over dark skin endured within the Black community and American society. The brown paper bag test was implemented at companies and even within Black social life. This “test” determined who would be allowed in certain spaces based on skin color.

A brown paper bag was used to determine the halfway point between whiteness and Blackness. Those lighter than a brown paper bag were given job opportunities and more social status. They were more closely associated with “whiteness.” Many are often aware of the brown paper bag test in the context of house and field enslaved people but do not realize the practice continued into the “post-slavery” workforce.

The test was popular among Black Greek life as well. More notably, the Alpha Kappa Alpha (AKA) sorority was lighter than the Delta Sigma Theta (or Deltas) sorority members throughout the first half of the 20th century.

There is also the matter of the “good” hair versus “bad” hair argument. “Good” hair is associated with light-skinned Black people. It is looser textured hair that is easier to manage since it’s not as coily. Many of the light-skinned slaves had this type of hair because their fathers were white. “Bad” hair is kinkier hair that is associated with dark-skinned Black people and seen as harder to maintain. It is also referred to as “nappy” because the coarse, coily hair tends to be thicker.

An excellent example of this “debate” is from Spike Lee’s 1988 film School Daze through the song “Straight & Nappy.” During the hair salon scene in the movie, the members of the Gamma Ray sorority, who were light-skinned with straight hair, and the Independents, who were dark-skinned with oily hair, were throwing jabs at each other. The dance number consists of the members from each sorority tugging each other’s hair while singing about “good” and “bad” hair.

In the criminal justice system, the plot thickens. White prisoners are granted shorter sentences than their Black counterparts for the same crimes. Colorism is nearly equally harmful to society as racism. Ultimately, however, they are both interconnected and work together to perpetuate the white supremacist ideology of anti-Blackness.

Blackness is already criminalized, with 33% of those in prison being Black Americans, and Black men and women making up the bulk of police brutality cases. A Villanova study from 2011 shows that light-skinned Black women served 11% less time in prison than dark-skinned Black women. The fact that color is being picked even more when it comes to sentences is alarming and shows how dark-skin Black people face a sort of “hyper-racism.”

Even in the 21st century, colorism dictates who gets a job and who doesn’t. A Black man with the same résumé as a white man is more likely to get passed up for job opportunities and less likely to get a callback for an interview. This disparity tends to be worse among Black women.

When a company finally does decide to hire a Black man, colorism still plays an enormous role. A study from 2006 conducted by the University of Georgia shows that a dark-skinned black man with a Master’s degree and a more decorated résumé is less likely to get a job than his light-skinned peer with a Bachelor’s and “typical work experience.”

With the rise of social media, there are more discussions about colorism pertaining to the Black community. More importantly, in the music and entertainment industries.

Chris Brown has been known for having no “darkies” in his section at clubs and only associates with Black women “with the good hair.” Damien and Bianca Prince of D&B Nation on YouTube were called out for talking about how dark their daughter’s skin was shortly after her birth and mentioning how dark she will be as she gets older.

More recently, Dani Leigh, a white Latina, addressed the Yellowbone song controversy and how she didn’t know how severe and harmful colorism is and how offensive her song is. Zoe Saldaña was scrutinized for playing famous singer Nina Simone, an unambiguous, dark-skinned Black woman, in the 2016 biopic Nina through using prosthetic facial features instead of a talented, dark-skinned Black woman being cast for the role.

Colorism is not discussed as much as racism on a larger scale, especially within the Black community. In order for our community to truly engage in work towards the furtherance of Black liberation, it is essential that this layer is added to our conversations about dismantling racism, as they go hand-in-hand and both perpetuate the white supremacist ideology of anti-Blackness. Both ideologies must be dismantled for the community and the rest of our society to truly progress.SOURCE ⇒ WEALTHOFGEEKS