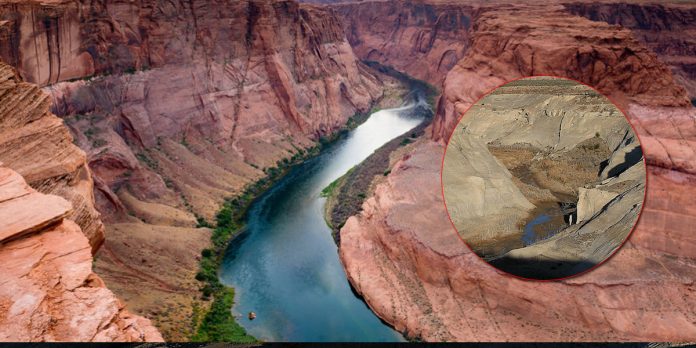 Climate Change Is Slowly Drying Up The Colorado River

About 40 million people get water from the Colorado River.

The Colorado River — which provides water to more than 40 million people from Denver to Los Angeles — has seen its flow dwindle by 20 percent compared to the last century, and scientists have found that climate change is mainly to blame.

The Colorado River wraps around Horseshoe Bend in Page, Arizona. A new study finds that this vital river is in grave danger due to rising temperatures.
The researchers found that more than half of the decline in the river’s flow is connected to increasing temperatures, and as warming continues, they say the risk of “severe water shortages” for the millions that rely on it is expected to grow.

For each 1.8 degrees Fahrenheit of warming averaged across the river’s basin, the study found that its flow has decreased by nearly 10%. Over the course of the 20th and early 21st centuries, the region has already warmed by an average of roughly 1.6 degrees Fahrenheit.

The study also examined the impact that action to curb pollution of heat-trapping gases could have on the river’s water supply.

Some decrease in the flow is likely no matter what actions are taken, but without any cuts to emissions, the report says the river’s discharge could shrink by between 19% and 31% by the middle of this century.