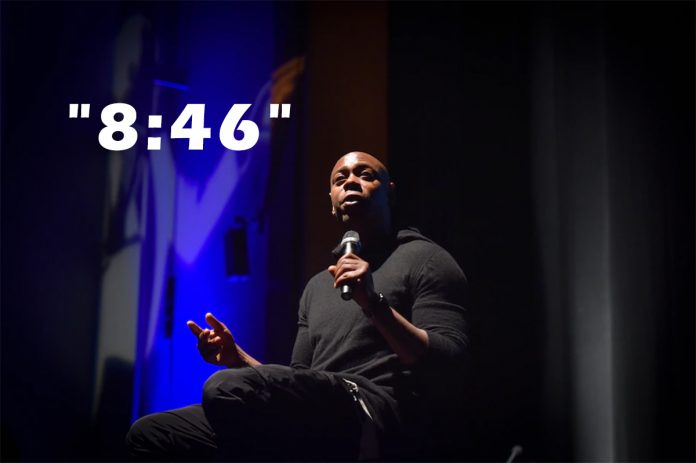 Dave Chappelle does not hold back in a new Netflix special titled “8:46,” which the streaming platform surprise debuted for free on its YouTube comedy channel late Thursday evening.

In a set rife with his signature searing social commentary, the comedian touches on everything from George Floyd’s death to being unable to accept a Grammy award on the day Kobe Bryant died, to the hypocrisy of conservative TV host Laura Ingraham — and even throws in a signature bit about Ja Rule for levity.

“It’s hard to figure out what to say about George Floyd, so I’m not going to say it yet,” Chappelle opens, flipping through a black notebook, later adding, “I got to tell you, this is like the first concert in North American since all this s— happened, so like it or not, it’s history. It’s going to be in the books.”

“8:46” references the length of time Minneapolis police officer Derek Chauvin held his knee against Floyd’s neck, ultimately leading to his death. It is also, as Chappelle reveals, the time of day he was born, according to his birth certificate.