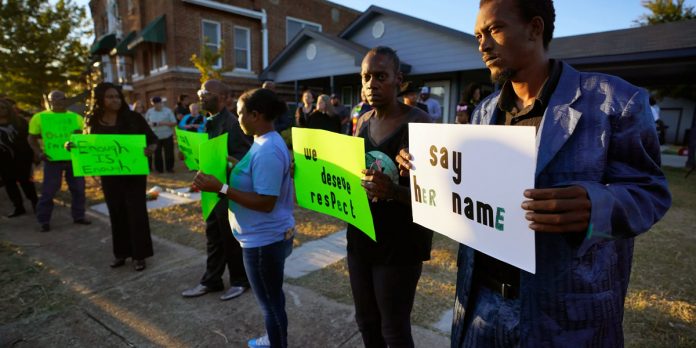 Outrage in Texas as Police Kill Atatiana Jefferson at Home

A white police officer in Fort Worth, Texas, has been arrested and charged with murder, after he shot and killed an African-American woman who was inside her own home. Officer Aaron Dean was responding to a non-emergency call for a wellness check after a neighbor had called the Fort Worth police to report that 28-year-old Atatiana Jefferson’s front door was open at around 2:30 in the morning on Saturday.

Soon after the officers arrived, Dean, who never identified himself to be a police officer, shouted through Jefferson’s bedroom window to put her hands up, and then immediately opened fire, killing her. Minutes before the shooting, Jefferson had been playing video games with her 8-year-old nephew, who witnessed the shooting but was not physically injured.

Atatiana Jefferson is the seventh person since June who has been killed by one of the police department’s officers. From Dallas, we speak with Lee Merritt, a civil rights attorney representing the family of Atatiana Jefferson.