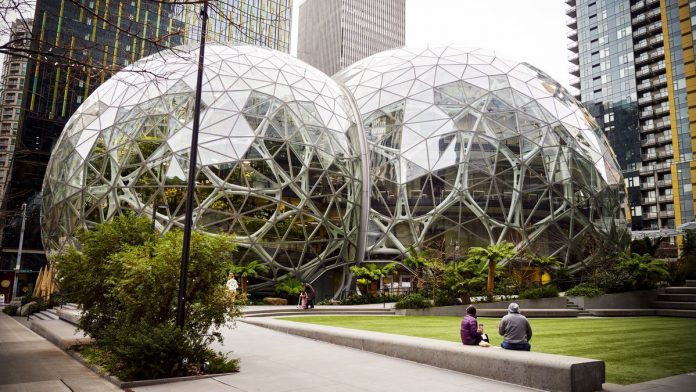 A Black woman who has worked at Amazon since 2017 is suing the online retailer and cloud services giant for racial discrimination, alleging the company purposely doesn’t promote employees of color and even pays them less than their White counterparts.

Lawyers representing Charlotte Newman said in the lawsuit filed Monday in Washington D.C., that Newman interviewed for a senior manager job at Amazon after obtaining a master’s degree in business administration from Harvard University. Newman was offered a role at Amazon Web Services that was one pay grade below the job she had interviewed for even though she was qualified for the senior manager job at the company’s cloud-services division, her lawsuit alleges. She took the job anyway and was then asked to perform senior manager duties, the lawsuit states. Follow Other Claims of Discriminations

Newman’s story isn’t unique at Amazon, her lawyers claim, citing other examples of the company “de-leveling” Black employees, or placing them in lower level jobs that don’t match their experience and credentials.

Amazon is accused in the lawsuit of of breaking anti-discrimination and equal pay laws.

This practice has long-term financial repercussions for workers, the lawsuit states, because many Amazon workers are paid partly in lucrative company shares, which are awarded based on their job title. In Newman’s case, “this lower job level came with much lower awards of valuable Amazon stock units, which have greatly increased in value and therefore magnify the discriminatory pay disparity as time goes on,” according to the lawsuit.

Newman’s lawsuit also alleges a sexual assault stemming from a January 2018 incident when she said she was groped by a senior co-worker under a dinner table.

“Amazon works hard to foster a diverse, equitable and inclusive culture, and these allegations do not reflect those efforts or our values,” the spokesperson said in a statement. “We do not tolerate discrimination or harassment of any kind and thoroughly investigate all claims and take appropriate action.”

Company data from December 2020 shows that Black Americans represent 26.5% of the total 1.2 million workers at Amazon and 11% of its manager ranks. Employees of color earn 99 cents for every dollar that White employees make in salary, according to the company.

Amazon’s critics say the company’s army of warehouse workers, many of whom are Black and Latino, make its overall diversity appear better than it is. As of 2014, more than 85% of Amazon’s Black workers had unskilled jobs, while just 3% were classified as “professional” workers, according to an analysis of company statistics by the Puget Sound Business Journal. Amazon has not released comparable data since that year.