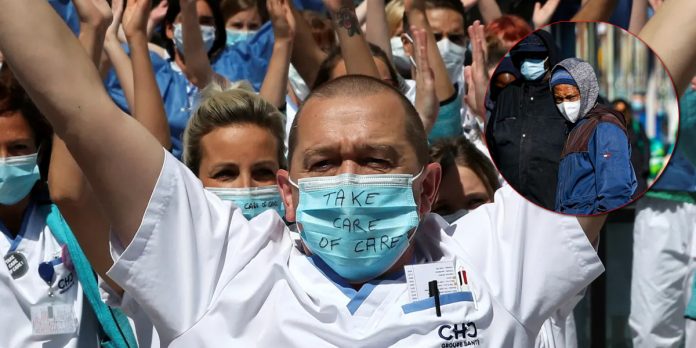 Share This Article on Social Media 😊
Return To Work Reveals There’s Nothing Equal About the Coronavirus Pandemic
Politicians want people to get back to work, but it’s low-paid, minority workers without the luxury of working from home who are most at risk

Following his announcement that workers should start returning to their offices and job sites this week, U.K. Prime Minister Boris Johnson argued that the best way to curtail the spread of the coronavirus was for the public to use “good, solid British common sense.”

As the U.K. and other European countries begin to ease lockdown restrictions, however, it’s clear that, despite Johnson’s appeals to national unity, the coronavirus is highlighting stark economic and class divisions.

Common sense would dictate that people avoid crowded public transportation systems, Johnson said. “Work from home if you can. … And when you do go to work, if possible do so by car — or even better by walking or bicycle,” Johnson said Sunday night from his home and office at No. 10 Downing St.

Just days later, photos and videos posted to social media showed packed buses and trains in London during the height of rush hour. Many workers, particularly those in low-paid professions, don’t have the option of working from home, delaying their commutes, or avoiding public transportation altogether.

“Social distancing during the peak was a joke,” one worker on the London Underground said on Wednesday, per HuffPost UK.

Similar scenes played out in Paris on Monday, the first day of relaxed lockdown restrictions, where HuffPost France reported that the metro was packed with riders.

Meanwhile, Grant Shapps, the U.K.’s transportation secretary, admitted on Wednesday that he wouldn’t board a crowded bus himself.

“No. People should try to avoid that,” he told the BBC.

Avoiding public transportation, Shapps argued later in the week, was a matter of “civic duty.