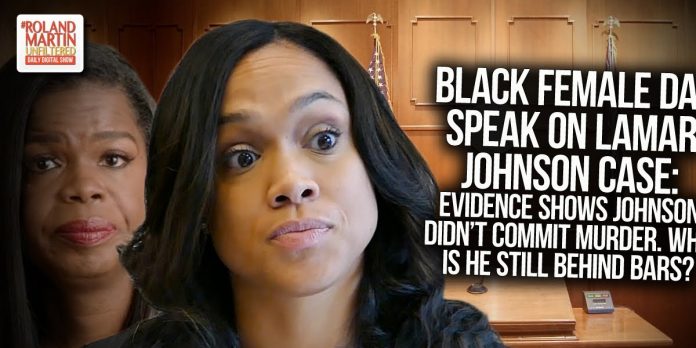 There is overwhelming evidence Lamar Johnson didn’t commit murder. So why is he still behind bars?
Since his incarceration, two men have confessed, and an investigation found that officials secretly paid witness. But prosecutors are being barred from overturning conviction

Lamar Johnson, 45, has spent more than half of his life behind bars. And now, even though there is overwhelming evidence of his innocence, he remains incarcerated.

Last month, the Missouri Court of Appeals heard arguments on Johnson’s motion for a new trial, one that prosecutor, St. Louis Circuit Attorney Kim Gardner, championed. The court dismissed Johnson’s motion, but it recognized the importance of the issues presented in this case and agreed to transfer it to the Missouri Supreme Court.

In July, the Conviction Integrity Unit in Gardner’s office found that Johnson’s conviction was obtained through the false testimony of an eyewitness who later recanted and was secretly paid by the state. Elected prosecutors from around the country are closely following Johnson’s case because its outcome affects us all.

As prosecutors, our discretion to address past miscarriages is at stake. More important, keeping an innocent man in prison does nothing to protect the public. It also, as so aptly stated in the CIU report, “corrodes public confidence in the justice system.”

Counting convictions doesn’t bring justice
A prosecutor’s job is not about a win-loss record or counting convictions. It’s about seeking justice and promoting safe and healthy communities. We run for office because we are committed to justice for victims of crime and to changing a system that has failed individuals, families and communities — especially poor, black and brown communities — for far too long. While in office, we learn that there is no more tragic example of this failure than a person imprisoned for a crime he did not commit.