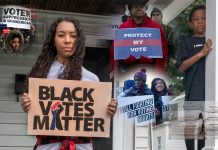 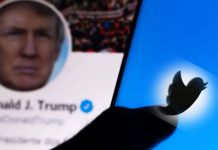 Michelle Obama, the former first lady, was the keynote speaker on the first night of the 2020 Democratic National Convention.

On Monday night, Michelle Obama, the former first lady, gave the first keynote address of the 2020 Democratic National Convention. In a moving speech, Mrs. Obama gave her most pointed critique of President Trump, attacking him not only his response to the coronavirus pandemic, but also for “a total and utter lack of empathy,” during his time in office.

“Let me be as honest and clear as I possibly can. Donald Trump is the wrong president for our country. He has had more than enough time to prove that he can do the job, but he is clearly in over his head. He cannot meet this moment. He simply cannot be who we need him to be for us. It is what it is,” she said.

The following is a transcript of Mrs. Obama’s speech, as transcribed by The New York Times.

Michelle Obama: Good evening, everyone. It’s a hard time, and everyone’s feeling it in different ways. And I know a lot of folks are reluctant to tune into a political convention right now or to politics in general. Believe me, I get that. But I am here tonight because I love this country with all my heart, and it pains me to see so many people hurting.

I’ve met so many of you. I’ve heard your stories. And through you, I have seen this country’s promise. And thanks to so many who came before me, thanks to their toil and sweat and blood, I’ve been able to live that promise myself.

That’s the story of America. All those folks who sacrificed and overcame so much in their own times because they wanted something more, something better for their kids.

I am one of a handful of people living today who have seen firsthand the immense weight and awesome power of the presidency. And let me once again tell you this: The job is hard. It requires clearheaded judgment, a mastery of complex and competing issues, a devotion to facts and history, a moral compass, and an ability to listen — and an abiding belief that each of the 330,000,000 lives in this country has meaning and worth.

A president’s words have the power to move markets. They can start wars or broker peace. They can summon our better angels or awaken our worst instincts. You simply cannot fake your way through this job.

As I’ve said before, being president doesn’t change who you are; it reveals who you are. Well, a presidential election can reveal who we are, too. And four years ago, too many people chose to believe that their votes didn’t matter. Maybe they were fed up. Maybe they thought the outcome wouldn’t be close. Maybe the barriers felt too steep. Whatever the reason, in the end, those choices sent someone to the Oval Office who lost the national popular vote by nearly 3,000,000 votes.

In one of the states that determined the outcome, the winning margin averaged out to just two votes per precinct — two votes. And we’ve all been living with the consequences.

When my husband left office with Joe Biden at his side, we had a record-breaking stretch of job creation. We’d secured the right to health care for 20,000,000 people. We were respected around the world, rallying our allies to confront climate change. And our leaders had worked hand-in-hand with scientists to help prevent an Ebola outbreak from becoming a global pandemic.

Four years later, the state of this nation is very different. More than 150,000 people have died, and our economy is in shambles because of a virus that this president downplayed for too long. It has left millions of people jobless. Too many have lost their health care; too many are struggling to take care of basic necessities like food and rent; too many communities have been left in the lurch to grapple with whether and how to open our schools safely. Internationally, we’ve turned our back, not just on agreements forged by my husband, but on alliances championed by presidents like Reagan and Eisenhower.