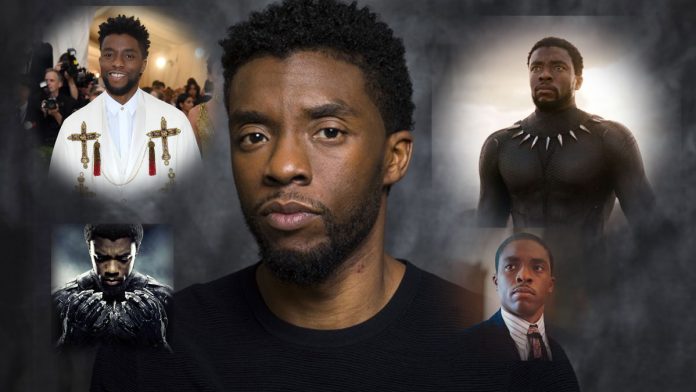 The early death of Chadwick Boseman has sent shockwaves through Hollywood at the loss of a man who was as full of grace as he was talent.

The Black Panther star passed away Friday, August 28, 2020 from colon cancer at age 43. Boseman had been battling the disease since 2016, the year he first appeared as T’Challa in the Russo Brothers-directed Captain America: Civil War. In a career that spanned performances as baseball legend Jackie Robinson in 42, soul superstar James Brown, future Supreme Court Justice Thurgood Marshall and the cultural touchstone of Wakanda’s king and Marvel superhero, Boseman was most recently seen in Spike Lee’s Vietnam drama Da 5 Bloods.

The passing of the NAACP Image Award-winning Boseman came on the very same day that Major League celebrates the legacy and life of Brooklyn Dodgers icon Robinson, who shattered the sport’s racial barriers when he took the field in 1947.

He was a gentle soul and a brilliant artist,who will stay with us for eternity through his iconic performances over his short yet illustrious career. God bless Chadwick Boseman.
– Denzel Washington

We are all heartbroken by the tragic loss of Chadwick Boseman — an extraordinary talent, and one of the most gentle and giving souls I have ever met. He brought enormous strength, dignity and depth to his groundbreaking role of Black Panther; shattering myths and stereotypes, becoming a long-awaited hero to millions around the world, and inspiring us all to dream bigger and demand more than the status quo. We mourn all that he was, as well as everything he was destined to become. For his friends and millions of fans, his absence from the screen is only eclipsed by his absence from our lives. All of us at Disney send our prayers and heartfelt condolences to his family.
– Robert A. Iger, Executive Chairman and Chairman of the Board, The Walt Disney Company

Chadwick was a superhero on screen and in life, and it’s impossible to imagine working at the level he has while valiantly battling his illness. His legacy as a person and an artist will inspire millions. Our thoughts and prayers are with him and his family during this difficult time.
– Ted Sarandos, Netflix Co-CEO & Chief Content Officer

Chadwick’s passing is absolutely devastating. He was our T’Challa, our Black Panther, and our dear friend. Each time he stepped on set, he radiated charisma and joy, and each time he appeared on screen, he created something truly indelible. He embodied a lot of amazing people in his work, and nobody was better at bringing great men to life. He was as smart and kind and powerful and strong as any person he portrayed. Now he takes his place alongside them as an icon for the ages. The Marvel Studios family deeply mourns his loss, and we are grieving tonight with his family
– Kevin Feige, President, Marvel Studios & Chief Creative Officer, Marvel

“Too soon” is apt in describing Boseman’s death. “Courage and strength” is equally appropriate. In the words of Boseman himself, “To be young, gifted and Black.” That’s something we can hope all young Black and Brown children will carry with them for the rest of their lives.