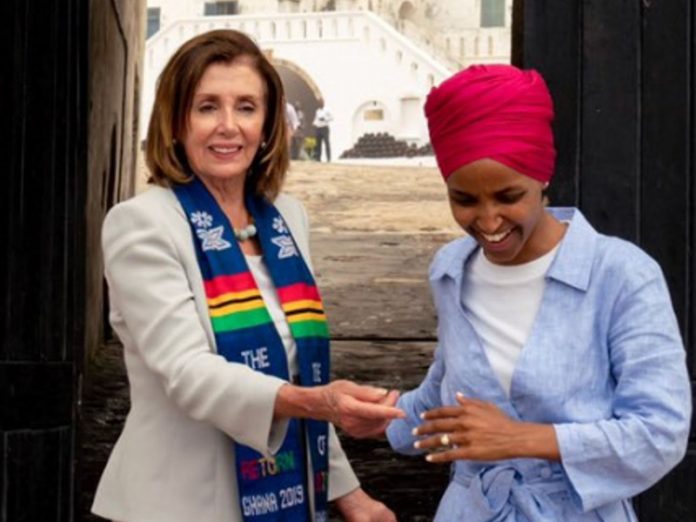 In southern Ghana, US House speaker Nancy Pelosi and 13 members of the Congressional Black Caucus were observing the 400th anniversary of the arrival of enslaved Africans in Virginia. The lawmakers visited the Cape Coast and Elmina slave castles, where hundreds of thousands of captured Africans were forced onto ships never to return.

“Our souls have been touched by what we saw there…These profound places are a sobering testament to humanity’s capacity for great evil and also a helpful reminder of the capacity for great resilience, renewal and strength of a people,” Pelosi said in an address to Ghana’s parliament on Wednesday (July 31).

The US delegation to Ghana included civil rights icon John Lewis and Ilhan Omar, two on a long list of politicians of color at the receiving end of racist remarks by the current US president.