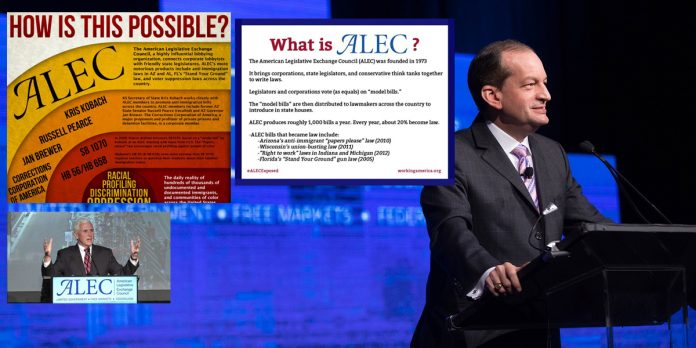 ALEC Is an Incubator for Efforts to Protect White Supremacy, Says New Report

Ten years ago, a then-state senator with ties to white supremacists named Russell Pearce introduced model legislation to his colleagues in the American Legislative Exchange Council (ALEC) that would later become SB 1070, Arizona’s infamous “show me your papers” law. While legal challenges have largely defanged provisions that authorized police to racially profile Latinx people as undocumented immigrants, SB 1070 and copycats passed in five other states are considered some of the most anti-Latinx and anti-immigrant measures in recent memory.


This week, ALEC is holding its annual policy summit in Scottsdale, Arizona, bringing together conservative state lawmakers, right-wing activists and corporate interests behind closed doors to develop model bills for state legislatures across the country. A coalition of civil rights and racial justice groups filed a lawsuit on Wednesday against the Arizona State Legislature alleging that a group of Republican lawmakers is violating of the state’s open meetings law by participating in the summit. ALEC claims to be a nonpartisan group that values “public-private partnership,” but critics argue it’s essentially legislating in secret, leaving the public with little understanding of how the bills it generates are drafted.

The coalition also released a report characterizing ALEC as an incubator for efforts to protect white supremacy and corporate power by co-opting state-level lawmaking. 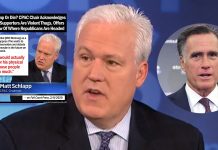