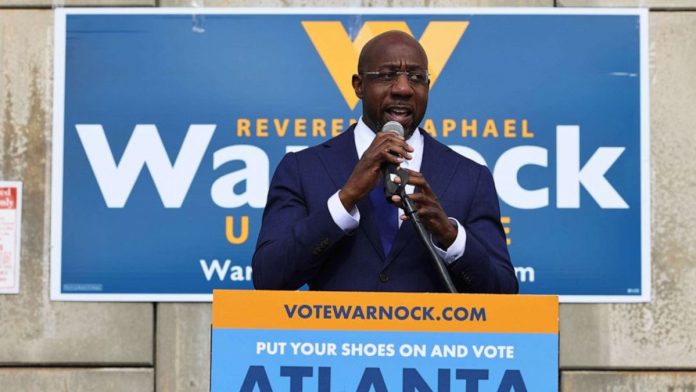 Raphael Warnock on Wednesday morning was projected to have defeated Sen. Kelly Loeffler (R) in their Senate runoff in Georgia, bringing the Democrats within reach of the majority in the upper chamber.

NBC, CBS, ABC and CNN called the race for Warnock shortly before 2 a.m. on Wednesday. The Associated Press called it at 2 a.m. Fox News followed suit shortly before 2:30 a.m.

Warnock, who is the pastor of Ebenezer Baptist Church in Atlanta, will be the first African American to represent Georgia in the Senate.

The pastor declared victory in a video address after midnight on Wednesday.

“We were told that we couldn’t win this election, but tonight we proved that with hope, hard work and the people by our side, anything is possible,” Warnock said. “So Georgia, I am honored by the faith that you have shown in me and I promise you this tonight: I am going to the Senate to work for all of Georgia, no matter who you cast your vote for in this election.”

Warnock will be up for reelection in 2022 because the race was a special election to finish the remainder of retired Sen. Johnny Isakson’s (R) term.

Loeffler showed no signs of conceding the race just after midnight Wednesday, calling for every vote to be counted.

“It’s worth it for this election to last into tomorrow. We’re going to make sure that every vote is counted,” she said prior to the race being called. “We have a path to victory and we’re staying on it.”