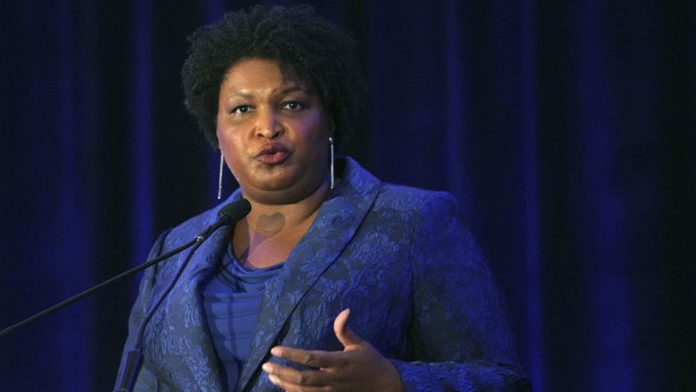 Stacey Abrams, a Black Democrat running for Georgia governor, declined on Tuesday to directly comment on Republican David Perdue saying she should “go back to where she came from.”

“No, not at all,” Abrams, said at a news conference in Atlanta, when asked by ABC News whether she wanted to respond to what was widely labeled as racist remarks from Perdue on Monday night while giving a campaign speech in which he also charged she was “demeaning her own race.”

“I will say this,” Abrams told ABC News at Tuesday’s press conference. “I have listened to Republicans for the last six months attack me. But they’ve done nothing to attack the challenges facing Georgia. They’ve done nothing to articulate their plans for the future of Georgia. Their response to a comment on their record is to deflect and to pretend that they’ve done good for the people of Georgia.”

Perdue, running to get the GOP nomination for Georgia governor, seized on Abram’s comments last week that Georgia was “worst state in the country to live,” citing residents’ disparities in mental health and maternal mortality, among other issues.

“She ain’t from here. Let her go back to where she came from,” Perdue, a former senator challenging Gov. Brian Kemp for their party’s nomination, said at a campaign event in the Atlanta suburbs on Monday night. “She doesn’t like it here.”

Abrams grew up in Mississippi but has deep ties to Georgia, a state she moved to during high school and where she previously served as the House minority leader. She said last week that “when you’re No. 48 for mental health, when you’re No. 1 for maternal mortality, when you have an incarceration rate that’s on the rise and wages that are on the decline, then you are not the No. 1 place to live.”

Perdue’s dismissal that she “go back” somewhere else echoes comments by his party’s standard-bearer, former President Donald Trump, who notoriously told four progressive, non-white lawmakers in 2019 to “go back” to the “broken and crime infested places from which they came.” The lawmakers Trump targeted are all U.S. citizens and his tweet sparked a firestorm of criticism. (Perdue’s campaign did not respond to a request for comment from ABC News on Tuesday about the fallout of his attack on Abrams.)

While Abrams did not address Perdue directly at Tuesday morning’s press conference, she conceded that what she said last week about Georgia’s problems was “inelegant.” Still, she reiterated her larger point about what she called the many health and social challenges Georgians, especially voters, face.

“I had an inelegant delivery of the statement that I was making, and that is that Brian Kemp is a failed governor and doesn’t care about the people of Georgia,” she said. “Look at his record. Look at the results under his four years of leadership.” Kemp, for his part, has continued to assail Abrams as an out-of-step leftist while touting how he addressed COVID-19 and more.

Perdue on Monday also criticized comments Abrams made during her 2018 campaign for governor when she said she wanted to diversify the state’s economy beyond agriculture and hospitality.