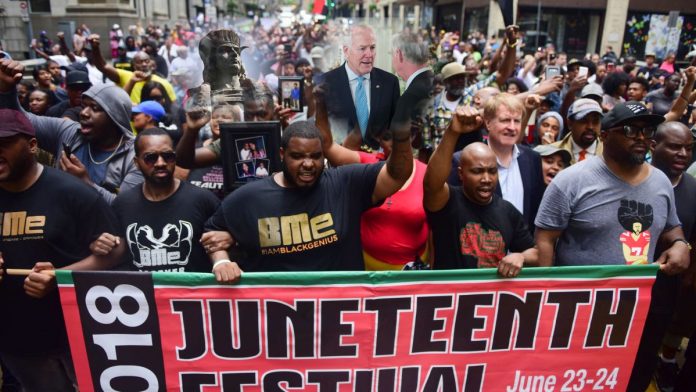 Senator John Cornyn of Texas proposed legislation last month that would officially recognize Juneteenth, the day marking the end of slavery in the US, as a national holiday.

The bill is expected to pass in a unanimous decision, however it has been met with some resistance from fellow Republicans who say creating another federal holiday could be too costly.
Senator Ron Johnson of Wisconsin announced an amendment on Wednesday seeking to scrap Columbus Day as a ‘counter-proposal that does not put us further in debt.’

We support celebrating emancipation with a federal holiday, but believe we should eliminate a current holiday in exchange,’ Johnson said in a statement.

While Columbus Day has become somewhat of a controversial holiday due to concerns that it honors the man who enslaved and killed Native Americans, Johnson’s suggestion comes from a purely fiscally conservative standpoint.

The senator said he proposed scrapping the holiday ‘because it’s probably the most lightly celebrated and less disruptive to anybody’s schedule’. 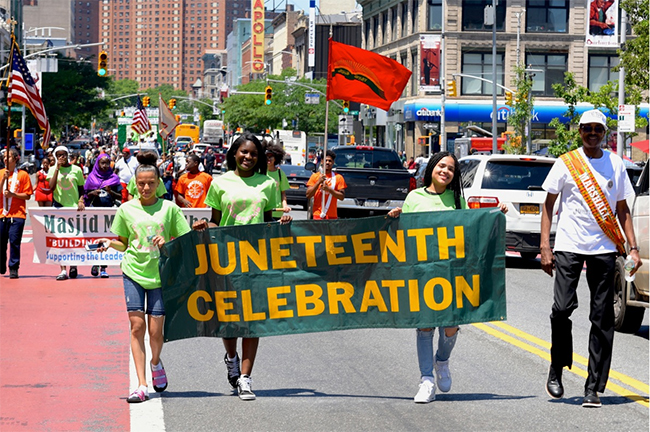 He noted that federal holidays cost about $600million in paid time off for government employees, according to The Hill.

The move was supported by fellow Republican James Lankford of Oklahoma who said it would take the economic effects of adding a new holiday into account.

Juneteenth is a day in our history that redefined the meaning of freedom and equality in America… We should celebrate these strides on the federal level while remaining cognizant of the impact the existing 10 federal holidays have on federal services and local businesses,’ he said in a statement.

The proposal drew some push back from Cornyn who said eliminating Columbus Day could be ‘problematic’ as some communities commemorate the holiday each year.

Cornyn, who sponsored the bill, said doing so ‘dilutes the message we’re trying to send, which is one of being respectful and honoring and remembering our history,’ he told The Hill.

The bill comes amid a nationwide reckoning over racism in America, that was sparked by the death of George Floyd in May.


Consider supporting AMIBC™. Contribute by clicking on the advertisers and sponsors featured on AMIBC™ and please utilize them. Readers from around the world, like you, make our work possible. We need your support to deliver quality, vetted, investigative journalism – and to keep it open for everyone. At a time when factual, honest reporting is critical, your support is essential in protecting our editorial independence.
The narratives and issues impacting all Americans is tantamount to the AMIBC™ platform. Every contribution, however big or small, is valuable for our future. Make sure to join the AMIBC Founders Club to maximize the total advantage of being a subscriber.