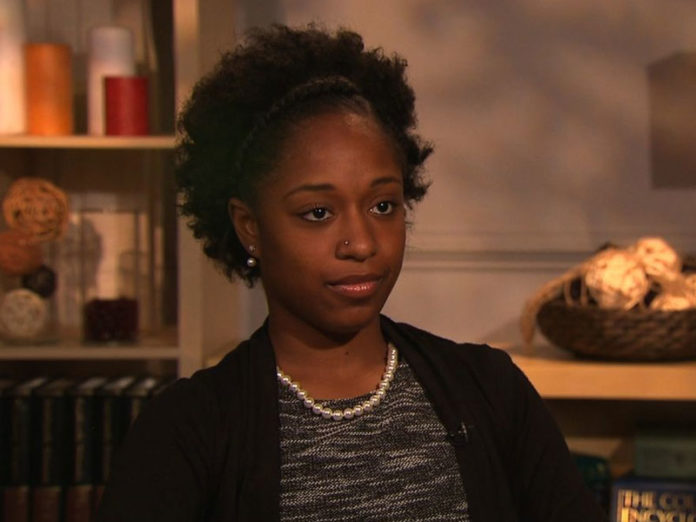 School’s first female black student president was the target of a racist attack.
Now she’s suing over the ‘troll storm’ that followed.

After Taylor Dumpson became the first female African-American president of American University’s student government, she was targeted by a racist backlash.
Now she wants justice — not just for a vile incident involving an unidentified man hanging bananas from nooses around the school’s Washington, D.C., campus, but for the racist “troll storm” she says was coordinated against her by Daily Stormer publisher Andrew Anglin.
The backlash left her traumatized and “fearing for her safety,” according to a lawsuit filed this week in federal court.
The online attacks against her began after media coverage of the May 2017 stunt involving bananas with messages written on them. One said, “Harambe Bait,” a reference to the Cincinnati Zoo gorilla killed in 2016 after dragging a child through its enclosure. Another said, “AKA Free,” a shot at the African-American sorority of which Dumpson is a member.