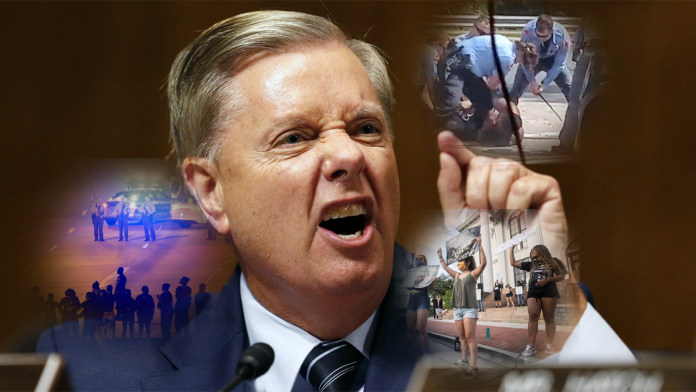 Sen. Lindsey Graham said on Friday night young people of color are safe in South Carolina — but only if they are not liberal.

“I care about everybody,” Graham said, speaking at a forum for South Carolina Senate candidates. “If you’re a young African American, an immigrant, you can go anywhere in this state. You just need to be conservative, not liberal.

Graham is fighting to keep his Senate seat against Jaime Harrison, a Black former state legislator who spoke at the forum just before him. Polls show that Graham and Harris are tied, with 48% of support each, according to a Quinnipiac University poll conducted the last week of September.

At the forum, Graham spoke about his support for South Carolina police officers, but said the police killing of George Floyd in May “was wrong and people should pay the price.” Floyd’s death and other incidents of police brutality have led to widespread calls for police reform.

“Do I believe that our cops are systemically racist? No. Do I believe that South Carolina is a racist state? No,” Graham said at the event. “To young people of color, to young immigrants, this is a great state. The one thing I can say without any doubt, you can be an African American and go to the Senate. You just have to share the values of our state.”

Graham then pointed to Senator Tim Scott of South Carolina, “the only African American Republican in the country,” he said. Graham also name-dropped “daughter of Indian Americans” Nikki Haley, who is the former governor of South Carolina.