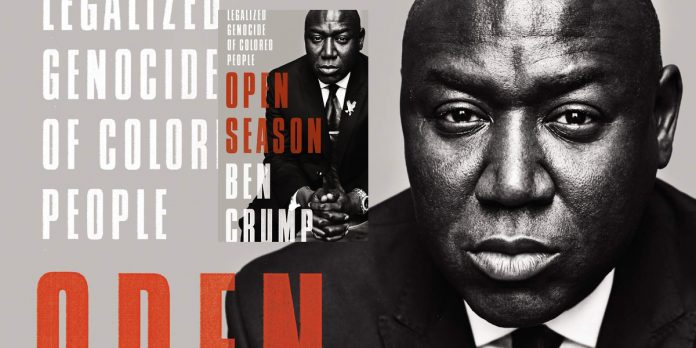 Some people suggest genocide is too strong a word for the maltreatment of black people in America. True genocide is something that happened in Nazi Germany, Armenia and Rwanda, not the United States of America.

Civil rights attorney Ben Crump, who has represented the families of Trayvon Martin and Michael Brown, delivers a forceful debut exposé of America’s “legalized system of discrimination.” Defining “colored people” as “Black and brown people, and people who are colored by their sexual preference, religious beliefs, or gender,” Crump contends that “what transpires between the United States judicial system and this country’s colored people” is nothing less than genocide—the intentional effort “to destroy, in whole or in part, a people.”

As evidence, Ben Crump documents the destructive effects of racial profiling, mass incarceration, stand-your-ground laws, voter disenfranchisement, and disparate educational opportunities afforded to white and minority students. He catalogues high-profile police killings of African-American men, including Michael Brown, and places the 2014 water crisis in Flint, Mich., in the context of the “multigenerational killing” caused by “environmental racism.” He notes, among other statistics, that “more than half of all Americans who live within 1.86 miles of a toxic waste site are Black or brown.”

Despite his outrage, Crump believes in the power of the U.S. Constitution to end racial injustice, and offers 12 “personal action steps” readers can take to fight racism. Progressives will welcome Crump’s alarming yet credible account.

Yet we don’t need to look any further than the definition contained in article 2 of the United Nations’ 1948 Convention on the Prevention and Punishment of the Crime of Genocide: “Genocide means any of the following acts committed with intent to destroy, in whole or in part, a national, ethnical, racial or religious group.” It then goes on to describe the acts as “killing, causing serious bodily or mental harm, deliberately inflicting conditions calculated to bring about its physical destruction in whole or in part, imposing measures intended to prevent births, or forcibly transferring children of the group to another group”.

Purchase the book at Amazon