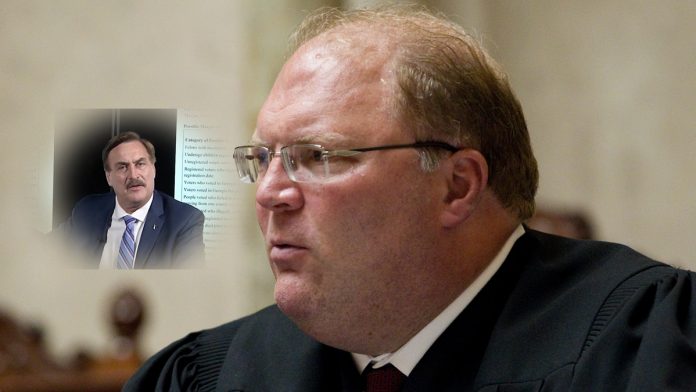 Former Wisconsin Supreme Court Justice Michael Gableman told the Associated Press that he was attending the highly ridiculed gathering as part of his responsibilities as special counsel in the probe of the 2020 election.

“I’m here out of an honest effort to find out if anyone has any information that will be helpful in carrying out my duties as special counsel,” Gableman said as he was on his way to the Sioux Falls auditorium where the conference was being held.

Gableman in July was hired by Wisconsin Assembly Speaker Robin Vos to conduct a four-month investigation that will see him earning $11,000 per month, according to a report from the AP.

Gableman also told the wire service that he was in Arizona last week to observe the widely chastised election audit being performed by non-accredited cybersecurity firm Cyber Ninjas — saying he “learned a lot there that will be helpful to my investigation.”

Gableman declined to go into details or specifics concerning precisely what he learned that would be useful as a result of his trips to Arizona or Sioux Falls.

Just weeks after the presidential election, Gableman attended a rally for Donald Trump where he told the crowd that the election was stolen from the former president.  He called it “systematically unjust.”