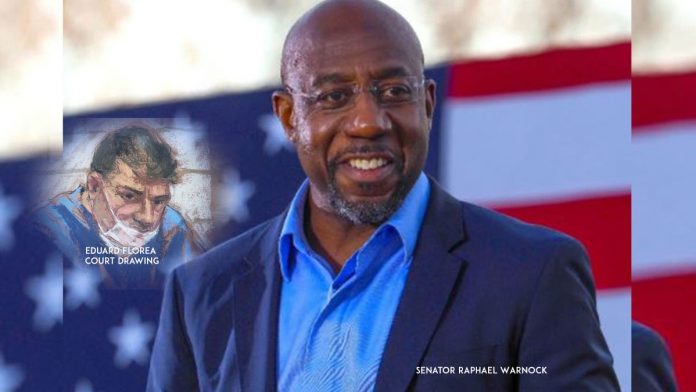 A criminal complaint was filed today in federal court in Broolyn charging Eduard Florea with being a felon in possession of ammunition.  Florea was arrested yesterday at his home in Queens, New York, and made his initial appearance this afternoon before United States Magistrate Judge Sanket J. Bulsara who ordered the defendant detained pending trial.

According to the complaint and statements made in court, Florea operated a social media account on Parler using the name “LoneWolfWar.” Florea who was previously convicted of a New York state firearms-related felony, posted threatening statements online about killing a United States Senator-elect and about intending to travel to Washington D.C. as part of a group armed with firearms ready to engage in violence.  For example, on January 6, 2021, Florea posted “dead men can’t pass [expletive] laws” in response to a post about a United States Senator-elect.  Additionally, Florea posted on social media:

He said Florea applied to join the Proud Boys, a far-right group, but was not yet a member because he had not attended the requisite number of meetings. He said Florea traveled to Washington in December and was with the group when it vandalized a church.

“This is not just rhetoric,” Navarro said. “This is rhetoric backed by action.”