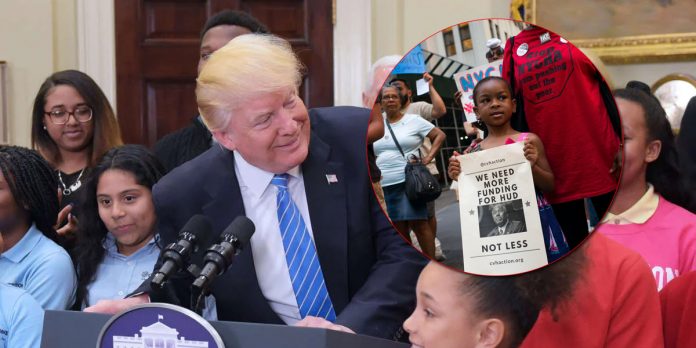 As the presidential election campaign picks up, almost every top candidate has released a plan for higher education that addresses college affordability and student debt issues. But there’s only one candidate who’s already in the White House — Donald Trump — and last week he released his plan in the form of a proposed education budget for fiscal year 2021.

If Congress were to approve it, some higher education experts say, low-income students would be so financially squeezed that college might be out of reach.

“This budget overall makes college more expensive for students,” said Wil Del Pilar, vice president of higher education policy and practice for The Education Trust, a nonprofit organization that advocates for students of color and those from low-income households. “It eliminates significant supports that make a difference in whether students go or don’t go, and whether they actually end up finishing.”

The likelihood of the budget passing in Congress seems low, since President Trump has proposed similar cuts for past fiscal years and they have been rejected. But the budget does give a sense of the president’s views on higher education.

“Budgets are a reflection of what you value and it’s clear that this administration doesn’t value affordability for low-income students and students who struggle the most to pay,” Del Pilar said.

The president’s supporters argue that the proposal reflects a desire to reduce the federal role in education and tighten spending on financial aid programs.