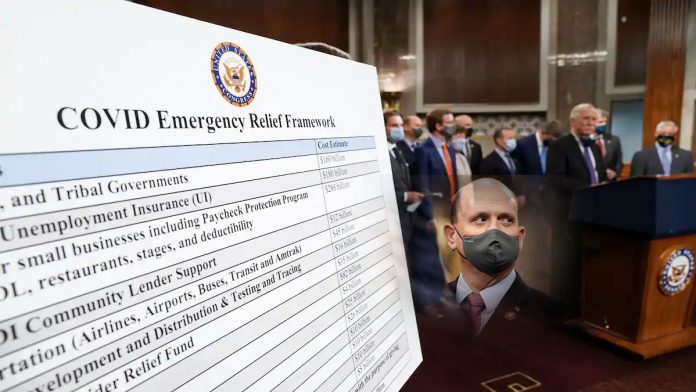 Problem Solvers Caucus co-chair, said Sunday (December 27th) that he will vote in favor of House Democrats’ bill to provide the $2,000 relief checks that President Trump has demanded.

Reed, who co-chairs the bipartisan group of about 50 members, released a statement indicating his support for larger stimulus checks than the $600 ones currently allotted in the almost $1 trillion COVID-19 relief bill that passed both chambers of Congress.

The Republican co-chair said he will support the Democrats’ bill that the House will vote on Monday and that boosted the check amounts to $2,000.

“The American people are hurting,” he said. “Economic stagnation and lockdowns have left many in difficult financial situations.”

“I’ve communicated to the President my support for his directive to increase the total size of stimulus checks to $2,000 per individual and will be voting in favor of the CASH Act tomorrow to do so,” Reed added. “It is only fair that we act decisively now to deliver the comprehensive relief individuals desperately need.”

Reed’s signal of support for bigger check amounts came minutes after Trump tweeted that there was “Good news on Covid Relief Bill,” adding “Information to follow!” The president did not provide additional details on these comments.

The Problem Solvers Caucus, co-chaired by Reed and Rep. Josh Gottheimer (D-N.J.), was key in creating bipartisan legislation for COVID-19 relief package passed by Congress last week, after negotiations between Democrats, Republicans and the White House had stalled for months.

Earlier Sunday, the “908 Coalition,” a different bipartisan group, had repeated its calls for Trump to sign the relief bill that, among other things, sends $600 to each American who makes less than $75,000 annually.

The president has not directly said whether he plans to veto or sign the relief bill but has condemned the legislation for only providing $600 in the stimulus checks, a criticism he raised after the bill passed both chambers of Congress.