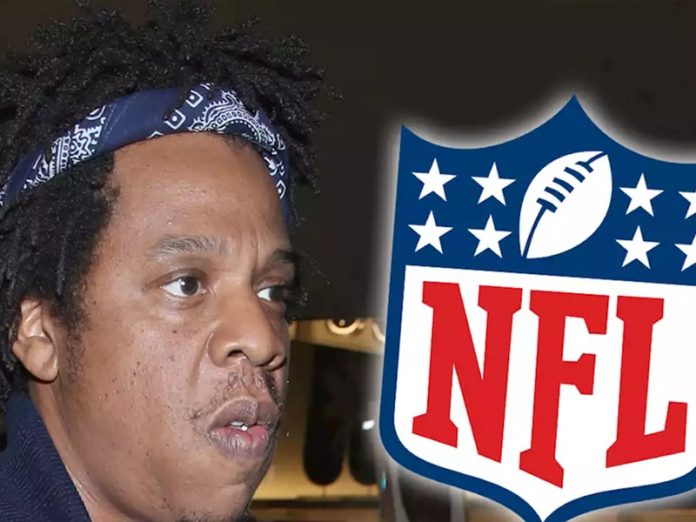 NFL Taps Jay-Z for Social-Justice Issues—and Entertainment Offerings
The league and Roc Nation struck a wide-ranging deal that includes creative projects and a prominent role in the NFL’s social-justice initiative.
The NFL has struck a broad alliance with Jay-Z in which the rapper will both help the league with one of its thorniest problems—smoothing out continuing tensions with players over social-justice issues—and expand the NFL’s entertainment offerings, including the Super Bowl halftime show and other creative projects.

The NFL and Roc Nation, the entertainment company founded by Jay-Z, have launched a partnership in which Jay Z will take a prominent role in a social-justice program the league launched last year at a time when it was still roiled by controversy over player protests during the national anthem started by Colin Kaepernick.

The parties said Roc Nation will also expand and play an integral role in the NFL’s entertainment operations—not just the halftime show, but also the production and distribution of other new football-related content together on streaming services. That could include original music, in addition to podcasts for players to voice their opinions on social and cultural issues that are important to them. Front Office Sport first reported an NFL-Roc Nation partnership.