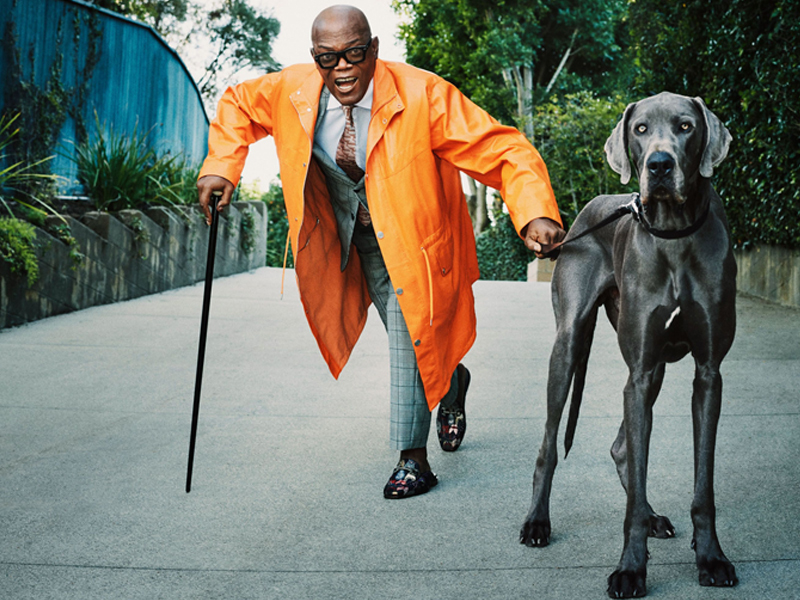 Samuel L. Jackson Issues Blistering Warning To People Staying Silent About Donald Trump
The “Captain Marvel” star said that “if you’re not saying anything, then you’re complicit.”
Samuel L. Jackson has sent a scathing message to people who aren’t speaking out against President Donald Trump.
In a new interview with Esquire magazine, the “Captain Marvel” star said it was “not fucking okay” that “this motherfucker is like ruining the planet and all kinds of other crazy shit.”
“And if you’re not saying anything, then you’re complicit,” he added.
Jackson has been a vocal critic of the president ― most recently firing back at his claim to be a champion of the black community, backing Rep. Rashida Tlaib’s (D-Mich.) rallying cry to “impeach the motherfucker” and dumping on Trump’s idea to arm some school teachers.
And Jackson, 70, told Esquire he’d still “tweet that shit out” even if he were a garbageman and not a movie legend with 4.5 million followers on Instagram and 7.8 million on Twitter.
“I’m not thinking about how I am and what my job is when I do that shit,” he explained.