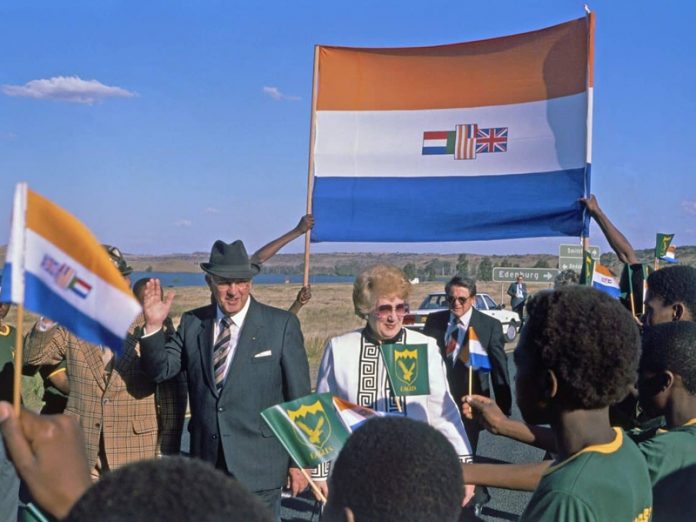 South Africa bans most displays of the apartheid flag, a symbol of ‘a crime against humanity’

Flying an apartheid-era flag in South Africa is now considered a crime under most circumstances, according to a ruling from the nation’s Equality Court.

In a firmly worded decision filed Wednesday, Judge Phineas Mojapelo ruled that “gratuitous” display of the Old Flag — a symbol of white-supremacist rule in South Africa — amounted to hate speech, racial discrimination and harassment under the Equality Act. The court made exceptions for use of the flag that served the public interest, such as art, academia or journalism.

Mojapelo did not mince words in addressing the Old Flag’s discriminatory symbolism under apartheid South Africa, in which black Africans and other people of color were legally segregated from white people from 1948 until the early 1990s.

“The dominant meaning attributable to the Old Flag, both domestically and internationally, is that it is for the majority of the South African population a symbol that immortalizes the period of a system of racial segregation, racial oppression through apartheid, of a crime against humanity and of South Africa as an international pariah state that dehumanized the black population,” the judge wrote.