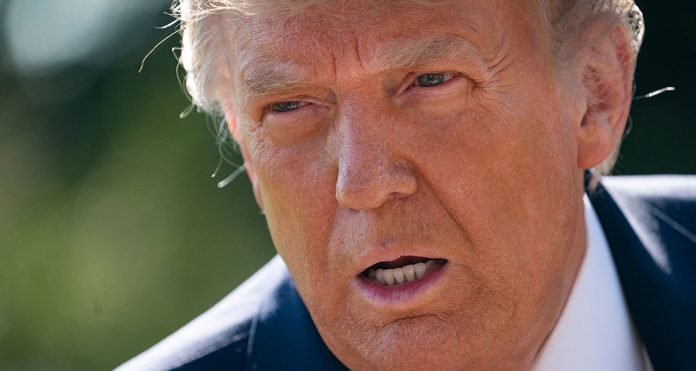 In an editorial titled “Donald Trump Is Not Above the Law” on Friday, The New York Times editorial board called for the former president to be prosecuted.

This comes as the Justice Department is advancing a criminal investigation into highly classified documents improperly concealed by the former president at his Mar-a-Lago country club in Palm Beach, Florida — but, the board wrote, he should also face charges for his role in inciting the January 6 attack on the U.S. Capitol and his efforts to overturn the 2020 presidential election.

“Mr. Trump’s unprecedented assault on the integrity of American democracy requires a criminal investigation,” wrote the board. “The disturbing details of his postelection misfeasance, meticulously assembled by the Jan. 6 committee, leaves little doubt that Mr. Trump sought to subvert the Constitution and overturn the will of the American people. The president, defeated at the polls in 2020, tried to enlist federal law enforcement authorities, state officials and administrators of the nation’s electoral system in a furious effort to remain in power. When all else failed, he roused an armed mob that stormed the Capitol and threatened lawmakers.”

“This board is aware that in deciding how Mr. Trump should be held accountable under the law it is necessary to consider not just whether criminal prosecution would be warranted but whether it would be wise. No American president has ever been criminally prosecuted after leaving office,” said the board. “When President Gerald Ford pardoned Richard Nixon, he ensured that Nixon would not be prosecuted for crimes committed during the Watergate scandal; Ford explained this decision with the warning that such a prosecution posed grave risks of rousing ‘passions’ and worsening political polarization.”

This time, however, exonerating a former president from such serious allegations simply for his stature is a “far greater risk,” the board argued: “Mr. Trump’s actions as a public official, like no others since the Civil War, attacked the heart of our system of government. He used the power of his office to subvert the rule of law. If we hesitate to call those actions and their perpetrator criminal, then we are saying he is above the law and giving license to future presidents to do whatever they want.”

“No one should revel in the prospect of this or any former president facing criminal prosecution,” concluded the board. “Mr. Trump’s actions have brought shame on one of the world’s oldest democracies and destabilized its future. Even justice before the law will not erase that stain. Nor will prosecuting Mr. Trump fix the structural problems that led to the greatest crisis in American democracy since the Civil War. But it is a necessary first step toward doing so.”