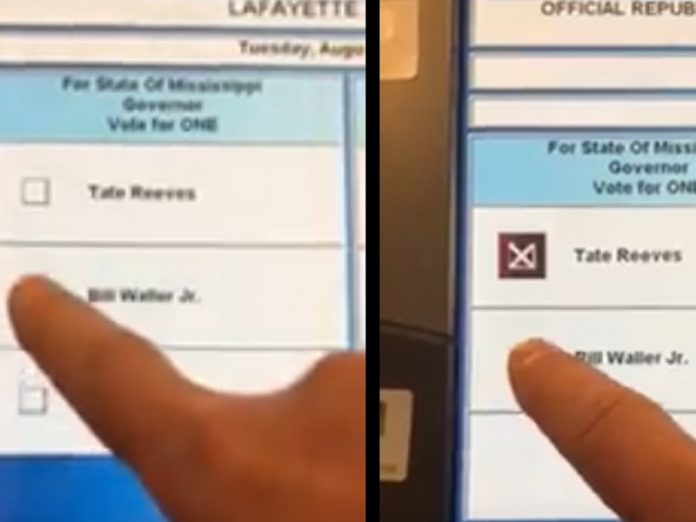 
The election, however, was marred by some technical difficulties. State officials confirmed at least three reports of voting machines in two counties automatically changing some voters’ selections. One of these glitchy machines was caught on camera.
The video, posted on Facebook Tuesday, showed a voter attempting to cast a ballot for Waller, a former chief justice of the Mississippi Supreme Court — but his selection kept being switched to Reeves.

Ummmm…. seems legit, Mississippi.As if you needed another reason to VOTE!

The Facebook video was filmed in the Burgess voting precinct in Oxford, Lafeyette County, according to the Mississippi Clarion-Ledger.“It is not letting me vote for who I want to vote for,” the voter says in the clip.