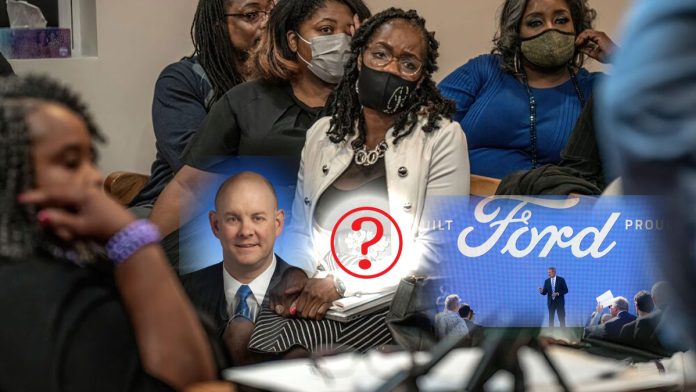 A Tennessee comptroller’s attempt at a hostile takeover of the predominantly Black town of Mason has been scaled down to temporarily monitoring its financial operations provided local officials could meet specific deadlines.

Mason leaders will have to balance its budget for the 2023 fiscal year by July and finalize all audits by August.

“Once the fiscal year 2021 audit is received and the fiscal year 2023 budget is approved, the Town will no longer be subject to heightened financial supervision,” the Comptroller’s Office said in a letter to Mason town officials. “We will continue to work with the Town to ensure the budget stays balanced and the Water and Sewer bank account is restored.”

Mason, a African-American town of about 1,500, is financially strapped and state Comptroller Jason Mumpower, a white Republican, has been pushing for the town to surrender its charter or allow his office to manage its financial affairs. Mason officials recently refused to surrender their charter, as it would allow the town to be folded into Tipton County and it would lose control of its finances. This move by the comptroller comes at time when Ford Motor Company is building a $5.6 billion plant just seven miles away, meaning Mason’s Black residents would benefit financially.

The attempted state takeover of Mason has reached national criticism with state officials backtracking their original decisions as possible racist and economic motives have been revealed.

“People try to tap-dance around it but the truth is this is happening because of who we are,” Virginia Rivers, the vice mayor of Mason, told the Tennessee Lookout.  “He is trying to conquer and divide us. It’s akin to a hostile takeover and it’s not hard to figure out why here, why now.”

In early March, Mumpower announced that the state would be taking over Mason, a small town in western Tennessee, as a result of financial mismanagement, citing late annual audits since 2001 and an increased deficit of over $300,000. Mumpower threatened that the town’s leadership would need to relinquish control of the town to Tipton County or understand that the comptroller would be managing the town’s finances. The comptroller also mailed letters to property owners requesting them to oppose the town’s leadership, which is primarily Black.

Yet after a meeting with town officials and increasing national criticism, Mumpower admitted that the town officials have taken prudent steps to overcome their debt. In addition, Mumpower believes the financial oversight could end as early as June.

Mason’s population is majority Black and Democrat. This demographic is in stark contrast to the rest of Tipton County, which is largely white and Republican. If Mason officials had chosen to relinquish their charter, it would have been placed under the control of  Tipton County. Mason’s leadership refused to adhere to Mumpower’s threats, citing their financial difficulties were caused by fraud and embezzlement during previous administrations, Rivers told Tennessee Lookout. The debts associated with past administrators are actively being repaid, she added.

On the surface, it appears that state officials are in the right to take over a town’s finances after there has been long-term financial mismanagement.

However, taking a closer look reveals another motive: the economic development that a largely Black town would reap.

Automotive company Ford recently began planning for Blue Oval City, a $5.6 billion factory in nearby Haywood County. In addition to a highway and railroad passing through Mason, there is also the promise of economic development that would position the largely Black town to be poised for large financial windfalls from taxes and other forms of revenues. Although no financial projections for Mason were available, the project — slated to be completed by 2026 – is expected to increase Haywood County’s economy by 127 percent, according to Channel 3 News Memphis.

“Projects like this are big and scary to some people because they don’t know how it’s gonna impact them in various ways,” development consultant Randall Gross told Channel 3 News Memphis. “I think the things to remember is that there is going to be a lot of planning going into this and there is an important way to look at how you can benefit from this project,”

With Mumpower’s takeover, the comptroller is forcing Mason to begin to make repayments to address hundreds of thousands of dollars improperly allocated from the town’s Water and Sewer fund. If Mumpower’s targets are not met he could assume veto power over any town expense of more than $100, which will limit the ability of elected officials to spearhead any plans that would improve the economic development of the town.