The mystery following a string of deaths in the Dominican Republic has deepened after a hotel staffer confirmed a U.S. woman died of respiratory failure days before a Maryland couple was found dead of the same cause at the very same resort.

Miranda Schaupp-Werner of Pennsylvania died at the Grand Bahía Príncipe hotel in La Romana on May 25, five days before Cynthia Day, 65, and fiancé Nathaniel Holmes, 63, were discovered dead in their hotel room. 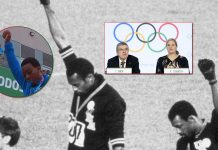