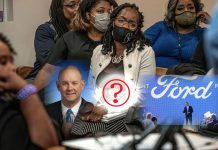 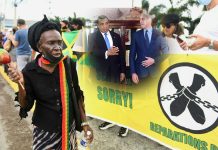 Police search for Travis Reinking as more details emerge about suspected shooter, who previously had his firearms seized by police.

As an intensive manhunt continued on Monday for a half-naked man suspected in the shooting deaths of four people at a Waffle House restaurant, authorities shared reports of previous efforts to contain the gun-loving man with paranoid delusions.

More than 80 Nashville police officers continued to search for Travis Reinking, authorities said. Agents with the FBI, the US Bureau of Alcohol, Tobacco, Firearms and Explosives and troopers with the Tennessee highway patrol joined the manhunt.

Reinking was nearly naked, wearing only a green jacket, and brandishing an assault-style rifle when he opened fire in the parking lot at 3.25am on Sunday and then stormed the restaurant, police say. Four people were killed and four were injured before a customer wrestled the gun away.