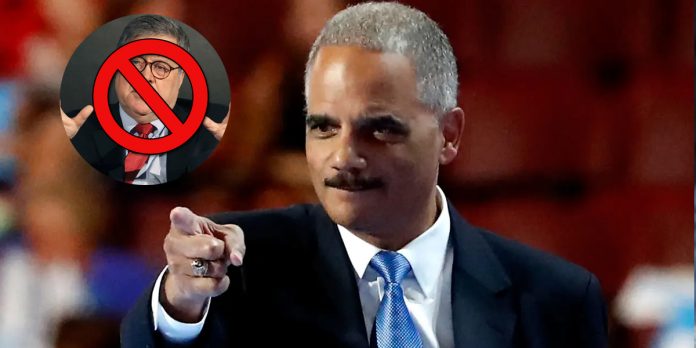 Holder rips into William Barr: ‘He is unfit to lead the Justice Department’

Former Attorney General Eric Holder delivered a blistering assessment of the current head of the Department of Justice, arguing that William Barr has lost his reputation as a “respected lawyer” and that he is “unfit” to serve in his position.

“Virtually since the moment he took office … Barr’s words and actions have been fundamentally inconsistent with his duty to the Constitution,” Holder, who served as attorney general between 2009 and 2015 during the Obama administration, writes in a Washington Post op-ed. “Which is why I now fear that his conduct — running political interference for an increasingly lawless president — will wreak lasting damage.”

Holder, an outspoken critic of President Trump, opens the column by arguing that Barr’s recent public statements and actions warranted a response because of how “nakedly partisan” and “deeply inappropriate” they were. Holder singles out Barr for a speech he gave at a Federalist Society event last month, asserting that it essentially served as an ode to “unbridled executive power.”