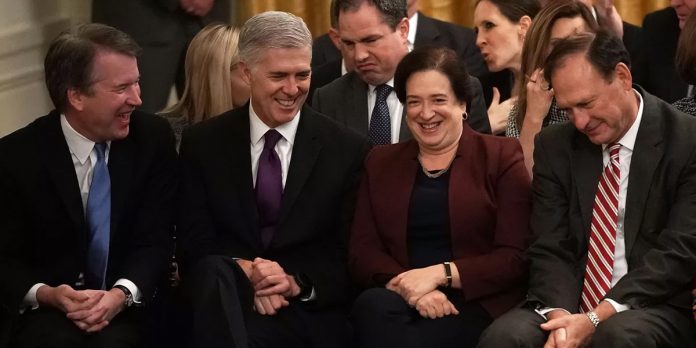 The Whiteness of America’s Court System

The absurd whiteness of America’s court system, in 2 charts
America was making real progress on judicial diversity. Then Trump happened.

If you are ever unfortunate enough to wind up in federal court, chances are that your fate will be decided by a white man.

The report is authored by Danielle Root, with Jake Faleschini, and Grace Oyenubi as co-authors. (Disclosure: I was an employee of the Center for American Progress until last August. I played no role in the crafting of this report.)