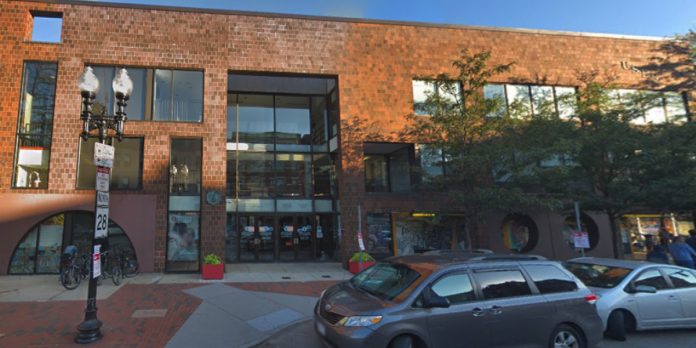 Local residents are protesting the sale while the nonprofit that owns it says selling it is crucial for its survival.

The Harriet Tubman House stands tall in the South End, one of the city’s most diverse neighborhoods. In the afternoon, the sun hits the front of the three-story brick building, entering its atrium and halls through picture windows and shining on art dedicated to Black history and culture. A mural, wrapped around the front and right side of the building, celebrates the building’s namesake, other trailblazers and a community with a rich history hidden in plain sight.

Since 1976, the Harriet Tubman House’s rooms have been filled with multiple generations of people, mostly Black, who wanted to be fed, nurtured and understood.

The cherished building, which sits at 566 Columbus Ave., is owned by a 127-year-old community institution, United South End Settlements (USES). Among its tenants are six community organizations that aim to help Boston’s most disempowered. Through those nonprofits, families have been able to find affordable housing, get child care, obtain their GEDs, acquire job training and find solace. The Harriet Tubman House, in a neighborhood unlike many of the homogenous parts of Boston, helped bring a community together.

But in recent weeks, the building has been mostly empty. It is now in the process of being sold, news that has sparked protests from community members who wish to preserve an icon of Black history in Boston. But USES told HuffPost that selling the Tubman House was necessary in order for the organization to survive, per publicist Sean Hennesey.