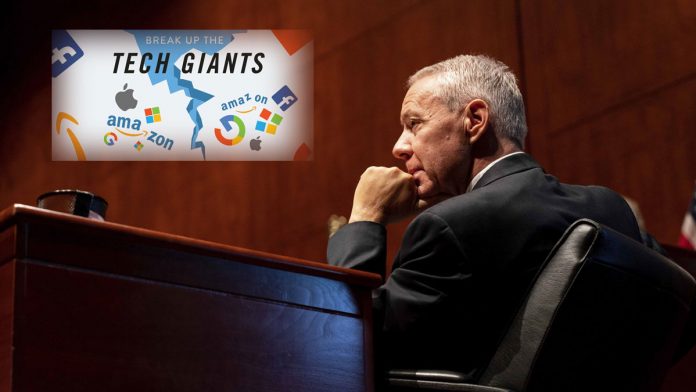 It remains unclear whether any Republicans on the subcommittee will sign onto the Democratic majority’s full recommendations.

Congress should grant federal antitrust enforcers more resources to take on Silicon Valley’s giants, a key House Judiciary Republican says in a report circulated Monday — while warning against yet-to-be-unveiled Democratic proposals that would make it easier to take steps such as breaking up companies.

The draft report, obtained by POLITICO, offers the first concrete glimpse into the findings and recommendations that Judiciary’s Democratic-led House antitrust subcommittee is set to offer as part of its 16-monthlong investigation into the state of competition online. That probe has zeroed into the business practices of Amazon, Google, Facebook and Apple.

The minority report: Rep. Ken Buck of Colorado, a Republican on the House antitrust subcommittee, wrote in the draft that while he agrees with the committee’s Democratic majority that “antitrust enforcement agencies need additional resources and tools to provide proper oversight,” other recommendations Democrats are expected to include in the panel’s final report “are non-starters for conservatives.”

“We agree that antitrust enforcement agencies need additional resources and tools to provide proper oversight,” Buck wrote. “However, these potential changes need not be dramatic to be effective.”

The Republican recommendations mark the first major findings to surface out of the Judiciary Committee’s probe. Though the subcommittee’s final report has yet to be released, Democrats have floated sweeping changes such as legislation to force structural separations for tech platforms similar to Glass-Steagall, the Depression-era law that split investment and retail banking.

In the memo, Buck wrote that the majority’s incoming report “offers a chilling look into how Apple, Amazon, Google, and Facebook have used their power to control how we see and understand the world.”

Other areas of agreement between himself and panel Democrats, Buck said, are proposals for legislation to “shift the burden of proof for companies pursuing mergers and acquisitions and empowering consumers to take control of their user data through data portability and interoperability standards.”