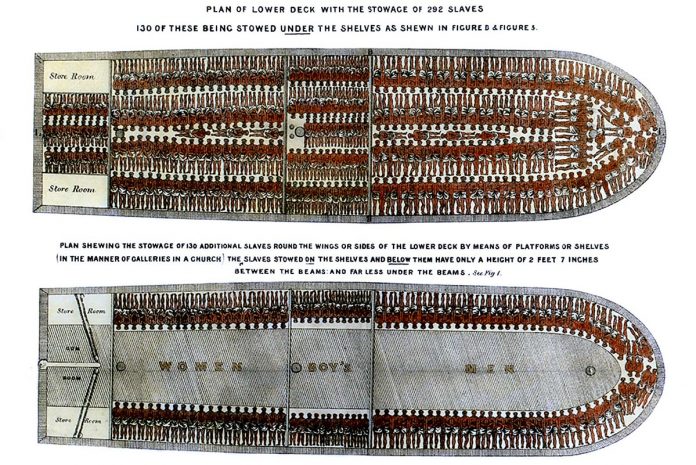 Much of what we know about the horrors of slavery in the Americas comes from historical records. But new research shows that evidence of the slave trade’s atrocities can also be found in the DNA of African Americans.

A study conducted by the consumer genetics company 23andMe, published Thursday in the American Journal of Human Genetics, offers some new insight into the consequences of the trans-Atlantic slave trade, from the scale at which enslaved Black women were raped by their White masters to the less-documented slave trade that occurred within the Americas.

It’s one of the largest studies of its kind, thanks in part to the massive database of 23andMe customers that researchers were able to recruit consenting participants from.

The authors compiled genetic data from more than 50,000 people from the Americas, Western Europe and Atlantic Africa, and compared it against the historical records of where enslaved people were taken from and where they were enslaved. Together, the data and records tell a story about the complicated roots of the African diaspora in the Americas.

For the most part, the DNA was consistent with what the documents show. But, the study authors said, there were some notable differences.

Here’s some of what they found, and what it reveals about the history of slavery.

It shows the legacy of rape against enslaved women

The enslaved workers who were taken from Africa and brought to the Americas were disproportionately male. Yet, genetic data shows that enslaved women contributed to gene pools at a higher rate.

In the US and parts of the Caribbean colonized by the British, African women contributed to the gene pool about 1.5 to 2 times more than African men. In Latin America, that rate was even higher. Enslaved women contributed to the gene pool in Central America, the Latin Caribbean and parts of South America about 13 to 17 times more.

Conversely, ancestry from the region of Senegal and the Gambia is underrepresented given the proportion of enslaved people who embarked from there, Micheletti and Mountain said.The reasons for that are grim.

What that suggests: One possible explanation the authors gave for the low prevalence of Senegambian ancestry is that over time, more and more children from the region were forced onto ships to make the journey to the Americas. Read More at CNN

The unsanitary conditions in the holds of the ship led to malnourishment and illness, the authors wrote, meaning that less of them survived.