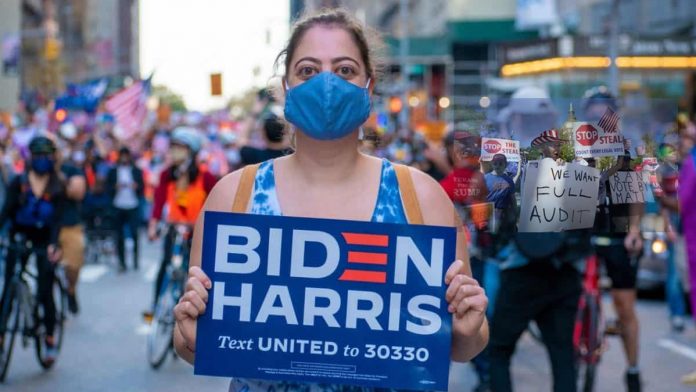 Donald Trump’s refusal to admit defeat in the 2020 presidential election won’t stop president-elect Joe Biden from taking office in January. But it is having a lasting and divisive impact on the American electorate and that might be exactly what Republicans have in mind as they gear up for a Democratic White House.

Biden has easily surpassed the 270 electoral vote threshold needed to win the the presidency and he has won millions more raw votes than Trump.

But Trump has refused to concede and while he’s publicly – and baselessly – argued that the election results show widespread voter fraud favoring Democrats, the president has also reportedly queried advisers about additional ways to stall or stop his departure from office.

Those options are increasingly unlikely yet Trump’s campaign team has also continued to file lawsuits and recounts in key states challenging how the vote counting process happened. Similarly those lawsuits have been unsuccessful.

But other political strategists and veterans of transitions see another incentive: keeping Republican voters energized for upcoming Senate elections in Georgia, which could decide which party controls the Senate in 2021.

That thinking goes that if voters are still paying attention to politics through November and December instead of taking a break because major elections have been decided, they are more likely to donate and come out to vote in Georgia (if they live there).

That is vital in that keeping control of the Senate will give Republicans a powerful weapon to hobble Biden, frustrating his policy agenda and even limiting who he can pick for his cabinet posts.

The strategy – and the attendant creation of a powerful myth of a stolen election – could also serve to keep many Republican voters motivated in mid-term elections in 2022 and eventually the next presidential election in 2024. It could help Republican aims of reducing the Democrats to a single term in the White House in which they will be unable to achieve major policies, especially if Republicans continue to win more House seats.