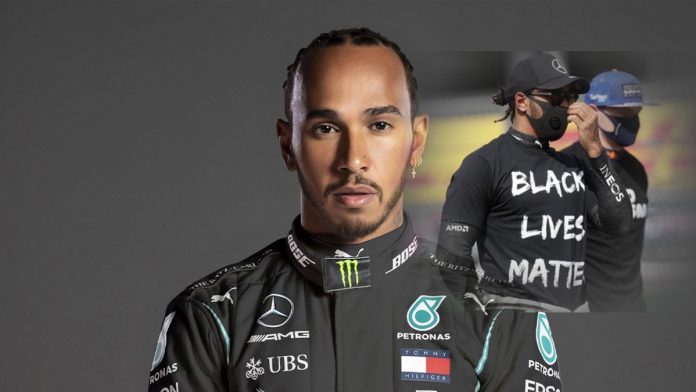 Hamilton has just equaled the record of seven F1 world championships – many believe he is the greatest driver of all time. And this year, more than ever, he has been leading the fight against racism

At the end of 2019, Lewis Hamilton had a realization about Formula One. “I was looking at pictures of all the teams – they do these team photos in front of the garage or on the track – and they’ve posted all these pictures and I’m like, there are no people of color in any of these teams.”

Hamilton says he had always thought that his presence and his incredible success would “spark change”. Somewhat naively, he now acknowledges he thought his career as the world’s most successful racing driver – along with the presence of his dad, Anthony, and his racing driver brother, Nicolas – would be enough to “open up doorways” for others. The realization that after all these years it wasn’t happening led him to rethink.

And as he was working things out, the world was slapped in the face by an example of sickening racial hatred. On 25 May, the 46-year-old African American father-of-five George Floyd was killed by Derek Chauvin, a white Minneapolis cop, who, as he was making an arrest, kneeled on Floyd’s neck and choked the life out of him.

The 35-year-old remains traumatized by what he saw on the viral video of Floyd’s death that circulated soon afterwards. You can hear it in his voice: “Watching George for that eight minutes and 30 seconds, as for so many people, brought up so much emotion that I didn’t even realize that I had clogged up and suppressed over that time.”

It also crystallized in his mind what he needed to do.

“Competing and winning championships is a great thing, but what does it really mean? It doesn’t mean anything unless you can help push for change. I cannot keep silent during this time. I decided that I have to use this platform. There are so many people out there who are struggling and so many who have experienced what I have experienced, and worse,” he says, in reference to the racism he was forced to endure both as a youngster and since he has been a professional driver.

Hamilton is Formula One’s most successful driver. This weekend, he equalled Michael Schumacher’s record of seven world championships by winning the Turkish Grand Prix. But not only has he won more races than anyone in history and had more pole positions, more points finishes and more top-three finishes than anyone else, frighteningly for his rivals, he says he may continue driving for another three years.

He has also just been voted No 1 in this year’s Powerlist, which showcases the country’s most influential people of African, African Caribbean or African American heritage and is sent to institutions such as schools and colleges so that children, especially black children, can see what can be achieved with dedication and perseverance. Hamilton is the first sports star to take top billing in the list’s 14-year history. He says the award is a “monumental moment”. “Growing up in Stevenage, there’s quite a small black community there … to be acknowledged within the black community … I’m just so proud.” The seven-strong panel unanimously voted him No 1, not only for his amazing sporting career, but because of his commitment to change.