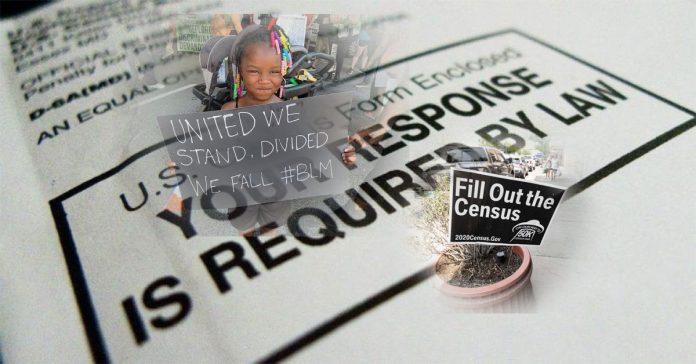 Civil rights organizations and local governments in California late Friday filed a request in a San Jose federal court for an emergency nationwide injunction against the Trump administration’s effort to end 2020 Census counting prematurely—a move critics warn is a blatant effort by the president and his Republican allies to “sabotage” the once-in-a-decade count for long-term political advantage.

“Trump seeks to sabotage the #2020Census by TERMINATING critical door knocking operations and other efforts one month early,” declared Kristen Clark, president and executive director of the Lawyers Committee for Civil Rights, in a Friday night tweet. “Given the pandemic, this will undermine efforts to secure a full and fair count, especially of communities of color. We are in court TONIGHT fighting back!”

The groups behind the injunction request—which included the Lawyers Committee, the National Urban League, the League of Women Voters, and local governments including San Jose and Los Angeles—mobilized this week to prevent a truncated count by the Census Bureau after the release of an internal document (pdf) warned that a rushed census—itself would be a statutory violation—could create “serious errors” in the crucial data that helps determine allocation of federal resources and the drawing of legislative districts over the next ten years.

“For months, advocates have been sounding the alarm that an accurate census in every state is on the line,” said Vanita Gupta, president and CEO of The Leadership Conference on Civil and Human Rights, in a statement earlier this week. “Census Bureau experts have been clear: rushing the 2020 Census will force the bureau to cut corners while counting people, processing data, and doing quality checks—forcing undercounts in communities across the country and skewing census data for a decade. There’s no reason not to give the Census Bureau the time and flexibility it requested to navigate COVID-19 and complete a high-quality census. An accurate 2020 Census is in Congress’ hands, and lawmakers have to act fast.”

During court proceedings carried out virtually Friday night, the attorney representing the various groups in California, Melissa Sherry, told U.S. District Court Judge Lucy Koh that an injunction was the only way to prevent the irreparable the Trump administration is on the verge of causing by ending door-to-door Census counting and other crucial operations.

“We need them to keep sending people out to houses, especially during the pandemic,” Sherry said to the judge. “Every day we lose, we’re not going to be able to get back.”