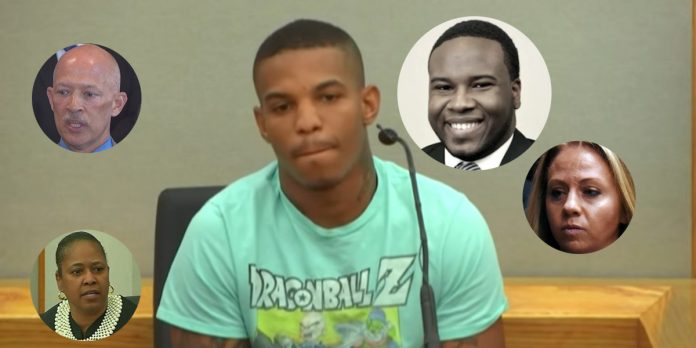 An essential witness in the Amber Guyger murder trial was killed Friday night in Dallas, Texas, just days after the former police officer was found guilty of murdering Botham Jean.

Dallas News confirmed Joshua Brown, a neighbor of Botham Jean’s and Guyger at the South Side Flats apartments, has died from a fatal shooting. He was 28.

The news came from social media posts by Lee Merritt, the attorney who represented the Jean family: “Joshua Brown, the next door neighbor of #BothamJean was killed last night after being shot several times by an unknown assailant. Local media have began reporting on the shooting but have not confirmed Brown’s identity,” Merritt wrote on Facebook. “[…] An ADA has confirmed that it was in fact Brown who was killed although they have yet to identify a suspect or motive for the shooting. The case is now in the hands of the Dallas Police Department.” STORY DEVELOPING. CHECK BACK FOR UPDATES