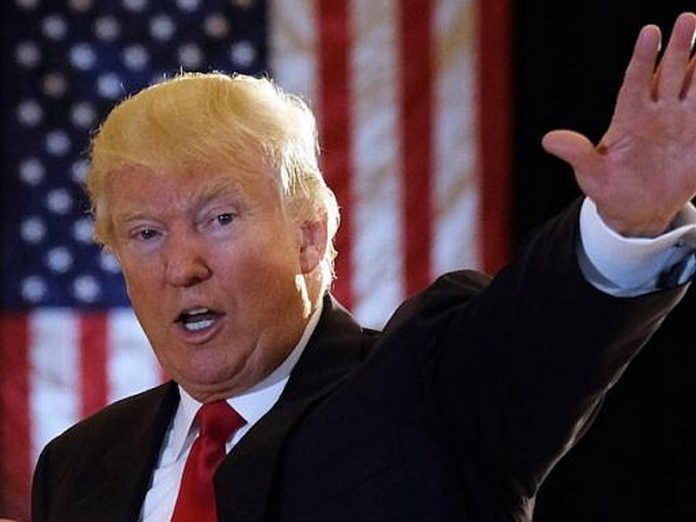 Trump stands by antisemitic trope that sparked anger among Jewish Americans
President repeated view that voting Democrat was ‘disloyal to Jewish people’, remarks that have caused shock and disdain.

Donald Trump continues repeated an antisemitic tropes that has prompted dismay among prominent American Jews, saying that voting Democratic was “disloyal to Jewish people and … very disloyal to Israel”.

Prominent US Jews have reacted with shock and disdain to Trump’s renewed adoption of a longstanding antisemitic trope that implied that American Jews had divided loyalty to America and to Israel. Over almost 24 hours he has repeatedly described Jewish Americans who vote for Democrats as showing “either a total lack of knowledge or great disloyalty”.

The president ignited the storm when he appeared to accuse Jewish Americans of having dual loyalties in remarks from the Oval Office on Tuesday. Jonathan Greenblatt, chief executive of the Anti-Defamation League, pointed out on Twitter that charges of disloyalty “have long been used to attack Jews … It’s long overdue to stop using Jews as a political football”.

J Street, the progressive Jewish American lobbying group, released a statement in which it called Trump’s remarks “dangerous and shameful”. It noted that 70% of American Jews voted for Hillary Clinton against Trump in the 2016 presidential race, adding: “This vast majority of our community rejected and continues to abhor the xenophobia, bigotry and extremism of Donald Trump and his allies.”

Trump reiterated his contentious comments on Wednesday morning, bragging about the praise he had received overnight from a notorious rightwing conspiracy theorist. Wayne Allyn Root, a conservative talk radio host who has championed many virulent untruths, including the “birther” conspiracy theory that Barack Obama was not a US citizen, lauded Trump on air as “the greatest president for Jews and for Israel in the history of the world”.

In a stream of tweets, Trump cited Root as saying that Israelis loved the US president “like he’s the King of Israel. They love him like he is the second coming of God.”