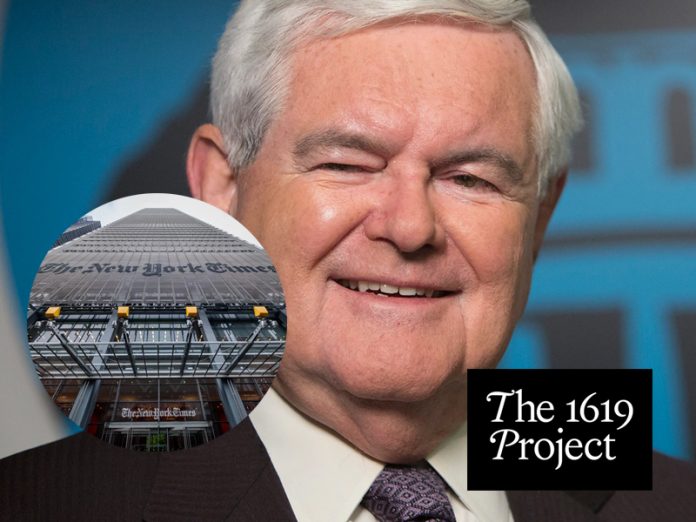 The New York Times 1619 Project is reshaping the conversation on slavery. Conservatives hate it.
Newt Gingrich called the project, led by black writers, “propaganda.”
The New York Times Magazine published perhaps its most ambitious work on race and slavery to date. The 1619 Project, which marks the 400th anniversary of the arrival of African slaves to Virginia, seeks to reframe the country’s thinking about slavery and how intertwined the practice of slavery has been in shaping the nation.

“This project is, above all, an attempt to set the record straight. To finally, in this 400th year, tell the truth about who we are as a people and who we are as a nation,” New York Times Magazine reporter Nikole Hannah-Jones said during a launch event for the series. The project, which is also online, so far features over a dozen reported essays, photo essays, and poems by black writers, artists, scholars, with more to come.


Jones, whose work on race earned her the prestigious MacArthur Fellowship, was driving force behind the 1619 Project. She added: “It is time to stop hiding from our sins and confront them. And then in confronting them, it is time to make them right.”

The series has largely earned praise from academics, journalists, and politicians alike. It has also been harshly criticized by some conservatives who have accused the writers of stoking racial division, pushing their leftist ideologies, and rewriting history through “a racial lens” — meaning through the point of view of black Americans.

But the writers behind the project say that disrupting long-accepted beliefs is the point. Those who choose not to re-examine the founding of our country are likely those who continue to benefit from it.