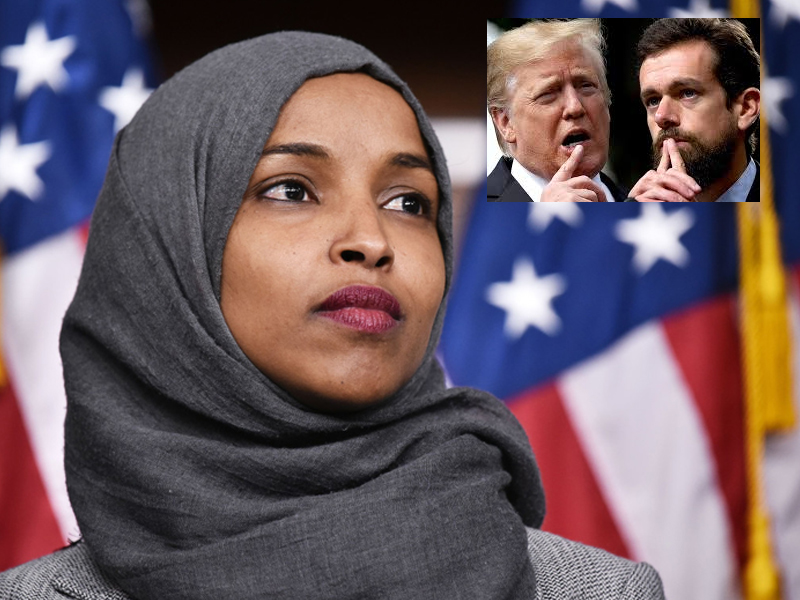 Twitter’s Jack Dorsey Told Ilhan Omar He Won’t Take Down Trump’s Tweet Targeting Her
The CEO reportedly called the congresswoman to say a Trump tweet mischaracterizing her comments about 9/11 doesn’t break Twitter rules.
Twitter CEO Jack Dorsey directly told Rep. Ilhan Omar (D-Minn.) during a phone call Tuesday that he stands by the decision to allow President Donald Trump’s tweet that targeted the congresswoman and later resulted in a wave of death threats against her.

The call, first reported Thursday by The Washington Post, revolved around a video Trump tweeted on April 12. The video alternates between footage of the 9/11 terrorist attacks on the World Trade Center and out-of-context remarks by Omar from a speech last month about the broader issue of Islamophobia. The video was an attempt to mischaracterize her as being dismissive of the tragedy.