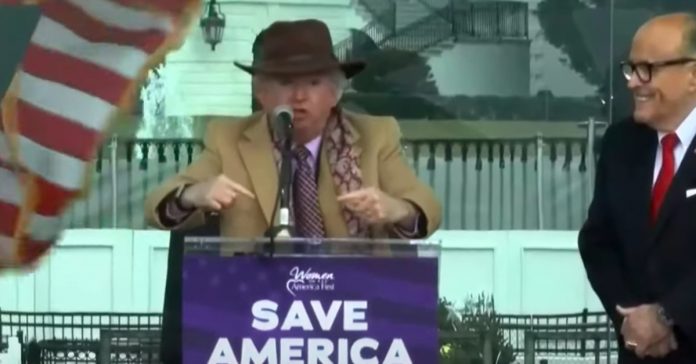 Though it hasn’t received the attention it deserves, courage from Republican election officials and leaders helped save this country from a total election meltdown in 2020 based on lies about voter fraud from the incumbent president, Donald Trump. Georgia Secretary of State Brad Raffensperger refused to “find” more than 11,000 presidential votes in Georgia, as Trump personally requested, declining to give Georgia’s legislature an excuse to falsely declare Trump won the state. Former acting Attorney General Jeffrey Rosen rejected entreaties to have the Department of Justice claim fraud in states Biden won. He did so despite pressure from Trump and Jeffrey Clark, a DOJ official who vied for Rosen’s job and was ready to do Trump’s bidding, potentially in violation of federal law. And Federalist Society judges such as Stephanos Bibas excoriated bogus Trump attempts to overturn the election in court without evidence or solid legal theories.

But memories fade fast. On the right, within the Federalist Society, and even among others who apparently value civility over preserving democracy, some are quietly welcoming back into the fold those who would have stolen the election for Trump or who fomented the violent Jan. 6 insurrection. Most appear to be doing so not because they supported the insurrection or Trump’s ridiculous claims, but out of willful ignorance of the facts, or in the name of civility or free speech. It’s a mistake, and it’s taking us down a dangerous path.

Almost a month ago, Slate’s Mark Joseph Stern wrote about how Jeffrey Clark had landed a cushy job as chief of litigation and director of strategy at the New Civil Liberties Alliance, a conservative-libertarian law firm that battles “the administrative state.” Among those on the Board of Advisers of the NCLA are former D.C. Circuit Judge Janice Rogers Brown and noted libertarian law professors Randy Barnett and Eugene Volokh. Despite entreaties, nobody involved in the organization has spoken out about Clark’s appointment.

Or consider the Federalist Society and its relationship with John Eastman, a former Chapman University law school professor who “retired” under pressure after representing Trump in bogus election lawsuits and after giving an incendiary speech just before insurrectionists stormed the Capitol on Jan. 6. As law professor Jim Oleske explained in a post on a listserv for constitutional law professors, Eastman was using his weight as an academic to rile up the crowd with lies: “Eastman purported to be able to speak with authority, at length, and definitively that ‘we know there was fraud, traditional fraud’ because ‘they put those ballots in a secret folder in the machines … they were unloading the ballots from that secret folder … and voila! We have enough folks to barely get over the finish line. We saw it happened in real time last night [during the Georgia Senate runoff], and it happened on November 3rd as well.’ ” The claims were bogus and have been repeatedly debunked. Eastman, meanwhile, has remarkably since claimed that the insurrection was caused by “antifa.”

Before Jan. 6, Eastman served as the chair of FedSoc’s Federalism & Separation of Powers Practice Group. After Jan. 6, amid calls for the Federalist Society to distance itself from Eastman, the Federalist Society said nothing. But the group did change his bio on its website to scrub out the reference to the chair job, and the site no longer lists the chairs of their practice groups. But Eastman remains a contributor and has spoken at least once since Jan. 6 at a FedSoc event.

Then, over the weekend, Eastman was allowed to join that private listserv of constitutional law professors. The list’s moderator, professor Mark Scarberry, is a conservative Trump opponent who made a good-faith decision to allow Eastman to join so that he could defend himself. While listserv posts are not public unless the writer of the post gives permission to quote (all the posts quoted here are done with permission), it was clear that Eastman did not do well defending himself on the merits when he was confronted with his bogus fraud claims.