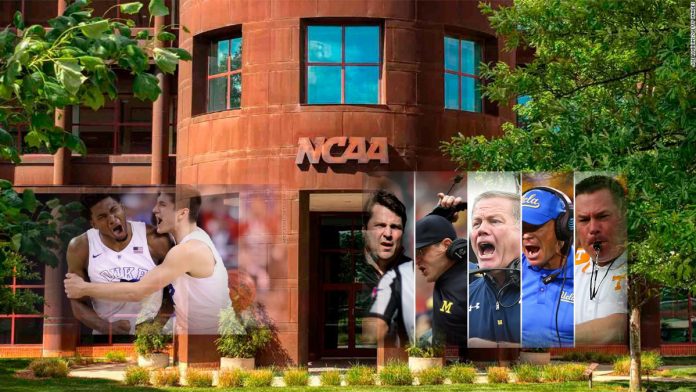 New study of the economics of college sports found that affluent White students are profiting off the labor of poor Black students.

The study from the National Bureau of Economic Research, published August 31, analyzed revenue data for all 65 athletic departments in the Power Five conferences, home to the NCAA’s top Division I men’s football and basketball programs, from 2006 to 2019. The researchers also collected data from student rosters across all sports in those departments in 2018, including data on the players’ ethnicity and hometowns.

The report found that the money generated by football and basketball programs — whose majority of players are Black — pays for the salaries of coaches and administrators, is used to upgrade facilities the teams use, and finances non-revenue sports played mostly by affluent White student athletes.

The findings come at a time when the years long debate continues to rage over whether college athletes should be paid to play in addition to the scholarships they get that fund their education.

On one hand, critics say by some measures student-athletes overall receive more in benefits than the average American makes in a year in income. While others say paying student-athletes is a fair way to marry the interests of the athletes with the interest of the institutions that are profiting from them, in some cases, many years long after their collegiate career is over.

“We took every player, in every sport, not just the revenue sports, and tracked them back to their high school and calculated the average family income for students that went to that high school,” Garthwaite said. “So we can actually show that it’s not just the sports that lose money and that survive because football and basketball provide them with extra funds, it’s not just that the students are more likely to be White, but they tend to come from richer families, they’ve gone to high schools where the average family income is higher.”

The average salaries of Power 5 football coaching staffs at public schools grew from $4.8 to $9.8 million from 2008 to 2018, nearly doubling over the past 10 years, according to the data. And football coaches, aren’t the only coaches who saw exponential salary increases, the study shows. Coaches for all other sports at Power 5 schools have also seen an increase from $7.3 to $12.5 million — roughly a 70 percent increase over the past 10 years.