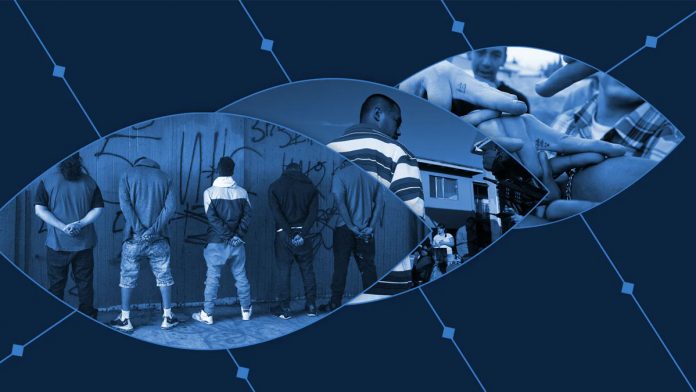 POLICE SURVEILLED GEORGE FLOYD PROTESTS WITH HELP FROM TWITTER-AFFILIATED STARTUP DATAMINR
Artificial intelligence firm Dataminr is making questionable use of its Twitter firehose privileges — and not for the first time.

LEVERAGING CLOSE TIES to Twitter, controversial artificial intelligence startup Dataminr helped law enforcement digitally monitor the protests that swept the country following the killing of George Floyd, tipping off police to social media posts with the latest whereabouts and actions of demonstrators, according to documents reviewed by The Intercept and a source with direct knowledge of the matter.

The monitoring seems at odds with claims from both Twitter and Dataminr that neither company would engage in or facilitate domestic surveillance following a string of 2016 controversies. Twitter, up until recently a longtime investor in Dataminr alongside the CIA, provides the company with full access to a content stream known as the “firehose” — a rare privilege among tech firms and one that lets Dataminr, recently valued at over $1.8 billion, scan every public tweet as soon as its author hits send. Both companies denied that the protest monitoring meets the definition of surveillance.

A History of Police Work

Dataminr helps newsrooms, corporations, and governments around the world track crises with superhuman speed as they unfold across social media and the wider web. Through a combination of people and software, the company alerts organizations to chatter around global crises — wars, shootings, riots, disasters, and so forth — so that they’ll have a competitive edge as news is breaking. But the meaning of that competitive edge, the supercharged ability to filter out important events from the noise of hundreds of millions of tweets and posts across social media, will vary drastically based on the customer; the agenda of a newspaper using Dataminr to inform its breaking news coverage won’t be the same as the agendas of a bank or the FBI. It’s this latter category of Dataminr’s business, lucrative government work, that’s had the firm on the defensive in recent years.

In 2016, Twitter was forced to reckon with multiple reports that its platform was being used to enable domestic surveillance, including a Wall Street Journal report on Dataminr’s collaboration with American spy agencies in May; an American Civil Liberties Union report on Geofeedia, a Dataminr competitor, in October; and another ACLU investigation into Dataminr’s federal police surveillance work in December. The company sought to assure the public that attempts to monitor its users for purposes of surveillance were strictly forbidden under its rules, and that any violators would be kicked off the platform. For example, then-VP Chris Moody wrote in a company blog post that “using Twitter’s Public APIs or data products to track or profile protesters and activists is absolutely unacceptable and prohibited.” In a letter to the ACLU, Twitter public policy chief Colin Crowell similarly wrote that “the use of Twitter data for surveillance is strictly prohibited” and that “Datatminr’s product does not provide any government customers with … any form of surveillance.”

Twitter also said that Dataminr, one of its “official partners,” would “no longer support direct access by fusion centers” to information such as tweet locations; fusion centers are controversial facilities dedicated to sharing intelligence between the federal government and local police. Dataminr at the same time announced it would no longer provide a product for conducting geospatial analysis “to those supporting first reponse” and added that such clients did not have “direct firehose access.”