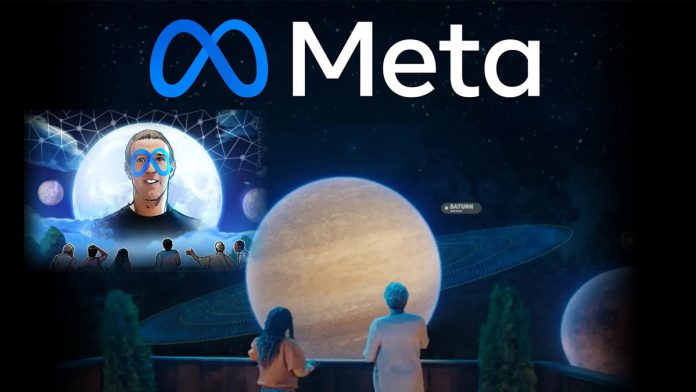 Corporate-owned social media giant Facebook is getting ready to track you to the ends of the Metaverse and back — if you let them.

Facebook has rebranded to Meta and announced its plans to kickstart the development of the Metaverse — an entirely new way of interacting and navigating the internet. Now, the Metaverse landscape has a multi-billion dollar corporate behemoth vying for the helm, which has made its future all the more uncertain.

Whether we like it or not, major corporations will likely play a major role in how the Metaverse develops and evolves. But will it be plagued by the same problems faced by today’s social media giants, or will decentralized platforms and services take center stage?

At last week’s Facebook Connect conference, Meta founder and CEO Mark Zuckerberg announced plans to spend $10 billion this year alone on the development of the Metaverse — an ecosystem of interconnected digital experiences, services and platforms that seamlessly blend with the real world.

But as Facebook has shown time and time again — such as when it backpedaled on its pledge to not require a Facebook account to use its Oculus products — it will almost certainly look to enforce strict controls on how the Metaverse is used and accessed. After all, ecosystem lock-ins are a popular, tried-and-tested way to force continued engagement while isolating the competition.

Given that Zuckerberg himself billed the Metaverse as the “next generation of the internet” that will be used by hundreds of millions of users, it seems unlikely that a corporate goliath with shareholders to please won’t do everything in its power behind the scenes to position Meta at the center of the Metaverse.

As a vast, upcoming landscape that will without a doubt introduce new ways to create, socialize and work online, the Metaverse stands to become a ubiquitous medium that most internet-savvy individuals will interact with to some degree.

Likewise, given the recent release of the damning “Facebook Files” by The Wall Street Journal, it has been revealed that the social media platform has been suffering from a whole plethora of issues and operating with some seriously dubious business practices — ranging from a huge lawsuit to lax content moderation to the preferential treatment of certain users. All of which is in stark contrast to Zuckerberg’s supposed egalitarian vision for the Metaverse.

These documents also show that Facebook is rapidly losing favor among millennials — the generation most likely to interact with Metaverse technologies.

Meta has already been widely slammed for its plans and was recently labeled a “cancer to democracy” by American politician Alexandria Ocasio-Cortez in a recent Twitter lashing. This sentiment appears to be the general consensus on Crypto Twitter, which didn’t react favorably to the news.

Blockchain is widely expected to become one of the key technologies enabling the development of a truly pervasive virtual space that can be navigated just as securely as the Web 2.0 internet.

Thanks to blockchain-powered digital identity solutions that will power truly persistent digital avatars, along with digital assets that provide region-agnostic access to services and products, the Metaverse looks set to inherit the values that the blockchain industry was founded on — namely, permissionless access, censorship resistance, security and decentralization.

Related: Regulators are coming for crypto: Is digital identity the answer?

Nonetheless, tech incumbents will eventually look to muscle in on the blockchain infrastructure side of things in an attempt to direct the development of the Metaverse and shape it in their own image. After all, given that the Metaverse industry is slated to grow at a compound annual growth rate of 13.1% over the next few years, while the blockchain technology sector is projected to soar by 32.4% until at least 2025, there is a strong financial incentive to establish an early foothold.