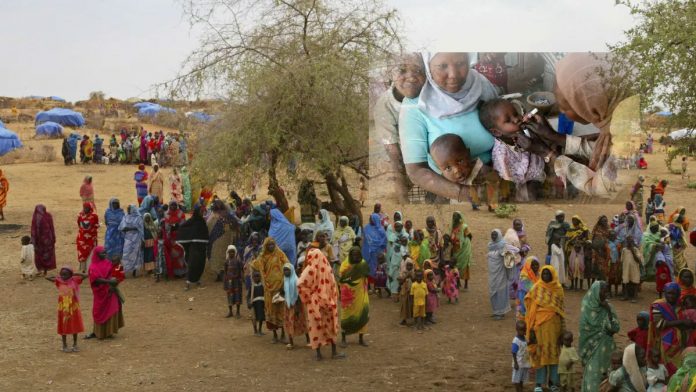 The World Health Organization (WHO) has said that a new polio outbreak in Sudan is linked to an ongoing vaccine-sparked epidemic in Chad — a week after the U.N. health agency declared the African continent free of the wild poliovirus.

In a statement, WHO said two children in Sudan — one from South Darfur state and the other from Gedarif state, close to the border with Ethiopia and Eritrea — were paralyzed in March and April. Both had been recently vaccinated against polio. WHO said initial outbreak investigations show the cases are linked to an ongoing vaccine-derived outbreak in Chad that was first detected last year and is now spreading in Chad and Cameroon.

“There is local circulation in Sudan and continued sharing of transmission with Chad,” the U.N. agency said, adding that genetic sequencing confirmed numerous introductions of the virus into Sudan from Chad.

WHO said it had found 11 additional vaccine-derived polio cases in Sudan and that the virus had also been identified in environmental samples. There are typically many more unreported cases for every confirmed polio patient. The highly infectious disease can spread quickly in contaminated water and most often strikes children under 5.

In rare instances, the live poliovirus in the oral vaccine can mutate into a form capable of sparking new outbreaks.

Last week, WHO and partners declared that the African continent was free of the wild poliovirus, calling it “an incredible and emotional day.”

On Monday, WHO warned that the risk of further spread of vaccine-derived polio across central Africa and the Horn of Africa was “high,” noting the large-scale population movements in the region.

More than a dozen African countries are currently battling outbreaks of polio caused by the virus, including Angola, Congo, Nigeria, and Zambia.

Amid the coronavirus pandemic, many of the large-scale vaccination campaigns needed to stamp out polio have been disrupted across Africa and elsewhere, leaving millions of children vulnerable to infection.

In April, WHO and its partners reluctantly recommended a temporary halt to mass polio immunization campaigns, recognizing the move could lead to a resurgence of the disease. In May, they reported that 46 campaigns to vaccinate children against polio had been suspended in 38 countries, mostly in Africa, because of the coronavirus pandemic.

Some of the campaigns have recently been re-started, but health workers need to vaccinate more than 90% of children in their efforts to eradicate the paralytic disease.