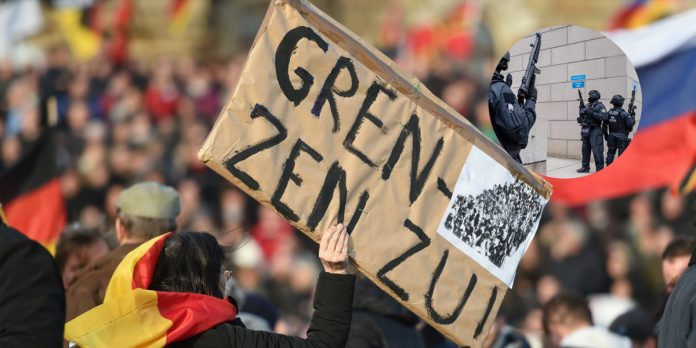 Dresden: The German city that declared a ‘Nazi emergency

A city in eastern Germany has declared a “Nazi emergency”, saying it has a serious problem with the far-right.

Dresden, the capital of Saxony, has long been viewed as a bastion of the far-right and is the birthplace of the anti-Islam Pegida movement.

Councillors in the city – a contender for the 2025 European Capital of Culture – have now approved a resolution saying more needs to be done to tackle the issue.

But opponents say it goes too far.

What is a ‘Nazi emergency’?
“‘Nazinotstand’ means – similar to the climate emergency – that we have a serious problem. The open democratic society is threatened,” local councillor Max Aschenbach, who tabled the motion, told the BBC.


Mr Aschenbach, from left-leaning satirical political party Die Partei, said he believed it was necessary to take action because politicians were not doing enough to “position themselves clearly” against the far-right.

Who is in Germany’s Pegida movement?
German parties outraged as neo-Nazi elected mayor
Germany’s far-right AfD: Victim or victor?
“The request was an attempt to change that. I also wanted to know what kind of people I’m sitting with in the city council of Dresden,” he said.

The resolution acknowledges that “right-wing extremist attitudes and actions… are occurring with increasing frequency” and calls on the city to help victims of far-right violence, protect minorities and strengthen democracy.